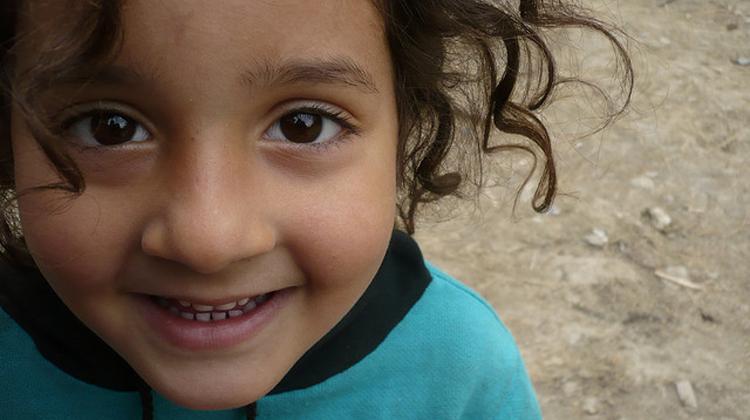 "Today, the New York Times published a letter by Dezideriu Gergely (Executive Director of the European Roma Rights Centre) and myself. It concerns the discrimination in education faced by Roma children and children with disabilities in central and eastern Europe." By Oliver Lewis, Executive Director, Mental Disability Advocacy Center, Budapest. Oliver tweets @olewis75. This article was first published on his blog <a href="http://www.mdac.info/en/olivertalks" target="blank"> Oliver Talks</a>.

This joint action follows a one-day roundtable last month bringing together representatives from the Roma and disability movements to discuss inclusive education. The event was organised by the Open Society Foundations, and was in part instigated by a response to a recent case decided by the European Court of Human Rights, which we (MDAC) published with Inclusion International and Inclusion Europe.

We criticised the case because it gave the Court an opportunity to accept the legitimacy of excluding of children with disabilities from mainstream education. The litigation hit a raw nerve because the that children had been wrongly placed in segregated schools implies that there are some children who are correctly placed in segregated schools. That implication runs counter to educational best practice and international human rights law.

Let me state two things which I think are both equally true.

1. Successive governments in central and south-eastern Europe pursue policies whereby children labelled as Roma or Sinti are denied their right to education. These children – because of their ethnicity – are placed in segregated schools, in segregated classes in mainstream schools, or in segregated classes outside the school perimeter. These policies constitute discrimination based on race or ethnicity. This form of discrimination is unlawful under international human rights law, and has no place in any society.

2. Successive governments in central and eastern Europe pursue policies whereby children labelled with an intellectual disability are denied their right to education. These children – because of their disability – are placed in segregated schools or denied any form of education. These policies constitute discrimination based on disability. This form of discrimination is unlawful under international human rights law, and has no place in any society.

What is inclusive education?

The UN Convention on the Rights of Persons with Disabilities (CRPD) sets out the most up-to-date articulation of the right to education in the menu of UN human rights treaties. It says that governments need to “ensure an inclusive education system at all levels” which need to be directed to various things. These include human potential, sense of dignity and self-worth, strengthening respect for human diversity. The Convention sets out a vision of education which aims to develop people’s “personality, talents and creativity”. Education should develop the child’s “mental and physical abilities, to their fullest potential”. It should do nothing less than enable people “to participate effectively in a free society.” For me, Article 24 of the CRPD is among the most moving prose in international human rights law. The CRPD roundly rejects the notion of the school as assembly line, making sure children pass exams so that they can become economically productive robots.

In 2009 Inclusion International launched a global report on inclusive education, which is a fantastically helpful report. It offers a definition of inclusive education as both “the concept of a high level paradigm shift for education systems to include and serve all children effectively; and [t]he specific mandate to have students with disabilities attend regular schools and classrooms with their non-disabled siblings and peers with the supports they require to succeed.” So inclusion is about including all children, whatever their differences.

Can education be anything but inclusion?

Education assumes a child’s capacity to achieve. It is premised on placing each child into the regular system; one that is responsive to each child’s needs. If a child needs some support in learning, then the support should be provided.

A recent article in The Economist explains how digital companies are offering innovative solutions in the education sector. For centuries the teacher has been centre-stage, teaching the children en masse. In case you missed it, a technical revolution is taking place. This is based on a personalised approach, “with technology allowing each child to be taught at a different speed, in some cases by adaptive computer programs, in others by ‘superstar’ lecturers of one sort or another, while the job of classroom teachers moves from orator to coach: giving individual attention to children identified by the gizmos as needing targeted help.”

So that’s an idea which involves support for children learning at different speeds. Sure, giving an iPad to a kid is not going to ensure inclusion, but it may well do so once the child has learned to use it. And we all know how quickly kids learn how to use iPads!

Similar to other human rights areas which MDAC works on (community living, legal capacity, ill-treatment) inclusive education is not devoid of its fuzzy edges. It's not obvious how to ensure inclusive education. The global human rights community is discussing the changes that need to take place at societal, school and family levels to ensure that each child can be included.

One of the challenges to the theory and practice of inclusive education is how much weight to give to identity. This is particularly important for the Deaf community who view their lack of hearing not as a disability but as a difference, which the individual can express (similar to how people express their ethnicity or gender identity). Article 30 of the CRPD encourages States to recognise and support “specific cultural and linguistic identity, including sign languages and deaf culture.” The Convention prompts us to be sensitive about identity and create the sort of society where children by default embrace tolerance and inclusion. So even within the disabilities community there are nuances.

The limits of a non-discrimination approach

How can litigation be used to pursue an inclusive education? Non-discrimination may well be a starting point. But we have seen that traditional non-discrimination law allows space for courts to ventilate their own prejudices. In 2007 the Grand Chamber of the European Court of Human Rights ruled in a case about Roma children being misdiagnosed and sent to segregated schools. It is called DH v. Czech Republic. There the Court said that,

“the choice between a single school for everyone, highly specialised structures and unified structures with specialised sections is not an easy one. It entails a difficult balancing exercise between the competing interests. As to the setting and planning of the curriculum, this mainly involves questions of expediency on which it is not for the Court to rule” (para. 205).

So the Court is saying that the option of inclusive education is one of “expediency” and, presumably, is not one of rights. The Court acknowledges that children in special schools, “received an education which compounded their difficulties and compromised their subsequent personal development instead of tackling their real problems or helping them to integrate into the ordinary schools and develop the skills that would facilitate life among the majority population.” (para. 207) Exactly the same could be said for all children placed in such settings.

The Court said in the recent Horváth and Kiss v. Hungary judgment that it, “is only called on to ascertain whether good faith efforts were made to achieve non-discriminatory testing,” before concluding that “the results of the tests carried out in regard to applicants did not provide the necessary safeguards against misdiagnosis” (para. 119.). The Court added that segregated schooling “might have compounded [the applicants’] difficulties and compromised their subsequent personal development instead of helping them to integrate into the ordinary schools and develop the skills that would facilitate life among the majority population” (para. 127). These statements can be read as the Court (at worst) approving of, or (at best) ignoring the fact that everyone in special schools is denied their right to education.

By focusing on the misdiagnosis, these cases have had the unintended effect of legitimizing a segregated schooling system as such. That said, there are some positive elements of the litigation from which disability activists could build cases. In the Horvath and Kiss case, for example, the Court itself offered an invitation by citing to another case against Hungary (litigation which MDAC initiated):

“[I]f a restriction on fundamental rights applies to a particularly vulnerable group in society, who have suffered considerable discrimination in the past, such as the mentally disabled, then the State’s margin of appreciation is substantially narrower and it must have very weighty reasons for the restrictions in question....[T]he treatment as a single class of those with intellectual or mental disabilities is a questionable classification, and the curtailment of their rights must be subject to strict scrutiny. (Alajos Kiss v. Hungary (no. 38832/06, 20 May 2010, paras 42 and 44)”

Having a court affirm racism is itself a positive validation of the discriminatory way Roma have been treated for centuries. Such a vindication is of the utmost importance for many litigants and communities. Putting a human rights claim before a court is a laudable aim of litigation in and of itself. I have previously written about the expressive value of law and written about how human rights documentation and vindication of historic wrongs are key concerns of strategic litigation.

The DH and Horváth judgments both contain several positive statements which can be used by various ‘groups’ wanting to bring further litigation. But both judgments are imbued with an ambience which accepts a segregated education system. This has had a chilling effect on those of us strategizing about how – and more importantly whether – to bring a disability education case to the European Court of Human Rights.

The future is intersectionality

The European Court of Human Rights isn’t the only mechanism in which people can raise claims of disability-based discrimination in education. Indeed, other international human rights mechanisms may be more receptive to these claims. At the Roma/disability education meeting my colleague Lycette Nelson proposed on behalf of MDAC to work with Roma groups in Slovakia to build a case around one or more segregated schools to argue that all children in these schools are denied their education, whatever the purported reason. We are thinking about building the case to submit to the UN Committee on Economic, Social and Cultural Rights (utilising the Optional Protocol to the UN Covenant on Economic, Social and Cultural Rights). Please send us an email if you are interested in discussing this.

The Roma rights field has pioneered non-discrimination litigation before the European Court of Human Rights in the last decade and has enabled the Court to advance its non-discrimination jurisprudence, case-law benefits all minority groups. The lesson surely is that NGOs and lawyers need to be careful in taking future cases, so as to nudge courts into a better space where they use non-discrimination law positively instead of negatively.

A key learning point for me at the Roma/disability meeting was that some key Roma rights litigators now say that racial discrimination cannot be ended without abolishing special schools. The challenge for all of us now is to break free from our single-identity boxes, and find an opportunity to mount an assault on segregation, beyond one constituency. Working together in solidarity and in a way which respects and builds on differing positions, the Roma and disability movements can demand a more fulsome sense of inclusion and openness for all children, whatever their labels.