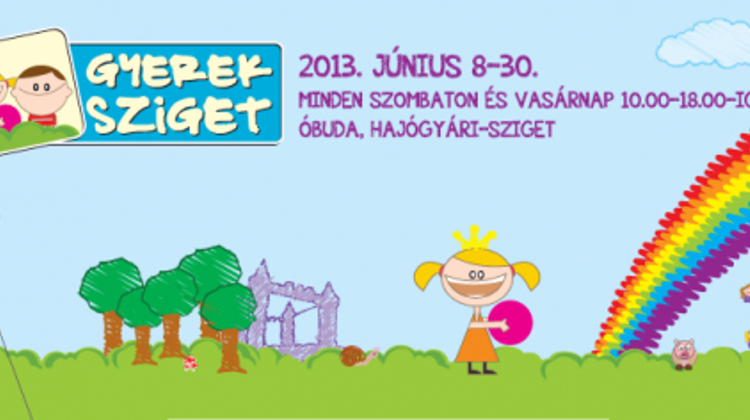 Tens of thousands participated at the free of charge weekend programmes – thanks to the charitable toy collection children not having the possibility to play at the scene could also share the joy. The location of Children Island had to be changed the previous weekend due to the food peaking – however the event was just as successful as in earlier years, as tens of thousands of children, parents and grandparents visited the programmes.

Flowers made of old pieces of textile, jewels made of PET bottles, flat decoration made of stones: children „played” on the token of environmental consciousness in the hello holnap! garden of Magyar Telekom, experiencing creation both individually and in a community.

Creative recycling was in the focus, among others. Toy recycling was also in the forefront: it is already a tradition to participate in the charity toy collection to the benefit of children who are forced by illnesses to stay in hospitals, or who could not come to the Children Island because of huge distances. Hundreds of children attending the event brought their former favourite toys, to please sick children, living under difficult circumstances through NGOs, in cooperation with Telekom.

Altogether 10 cubic meters of toys were collected by the end of Children Island, taken over by Romhányi Tamás representing the Maltese Charity Service on Sunday, in Hajógyári Sziget as well as by Mrs. Péter Tölösi and Krisztina Tölösi representing the Tölösi Péter Foundation, handed over by Márton Csilla, representing Telekom.

„It is not the quantity of toys that matters, much rather the way we think of each other, as assistance and the joy caused to children can not be measured in cubic meters..” – said Barabás Éva, goodwill ambassador of the S.O.S. Children Village Hungary Foundation representing children in need, who also participated at the hand over ceremony.