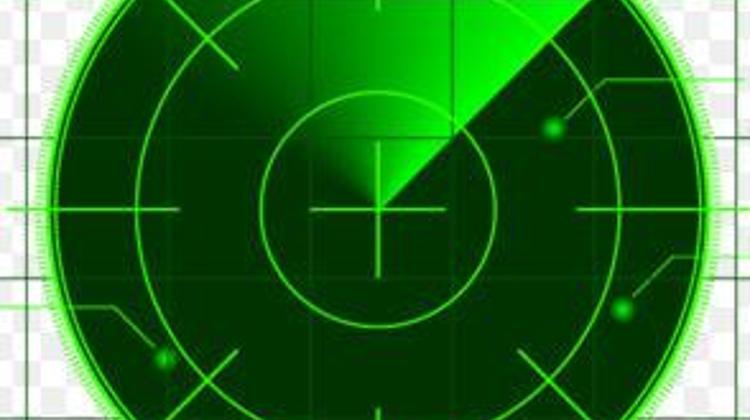 According to one of the definitions, a “show trial” is “a public trial of a political offender conducted chiefly for propagandistic purposes.” In Hungarian there is a similar word for a show trial, “kirakatper” (kirakat = shop window), but more often than not it is called “koncepciós per,” which in my opinion better describes the nature of such trials. The accusers strive during the investigation to achieve a certain end; they have a concept that guides their procedure and they force the facts to support the charge.

The show trial I’m going to talk about today isn’t a show trial in the literal sense of the word for the simple reason that the court proceedings were conducted in secret. We will not know any details for a very long time because the material gathered against the accused and the transcript of the trial will not be made public until 2041. Moreover, a gag order was imposed on the accused. If they reveal anything whatsoever related to the case they will be charged with divulging “state secrets,” which may mean another trial and another sentence. It is a true Catch-22 situation.

In the summer of 2011 four people were accused of spying. These so-called spies were all in one way or the other involved with counterintelligence. So, the charge read, men who were supposed to defend the country against spies were actually spying themselves and passing on information to a foreign power. Four people were accused: Lajos Galambos, head of the National Security Office between 2004 and 2007; Sándor Laborc, his successor between 2007 and 2009; György Szilvásy, minister without portfolio in charge of national security; and someone who is known only as László P.

A right-wing Internet news site, Alfahír, was ecstatic at the possibility that “the shammeses of Gyurcsány might be going to jail after all.” In case you don’t know, a shammes is a sexton in the synagogue, but in Hungarian the word also signifies a lowly subordinate; it has a derogatory tinge. Magyar Hírlap, even before the verdict became known, imposed their own verdict: “Spies in the Debrecen Courthouse,” heralded the paper this morning.

Indeed, the case was sent to the Military Court in Debrecen although under normal circumstances it should have been tried in Budapest. Surely, Tünde Handó must have had good reason to send the case to Debrecen. And indeed, she should be satisfied with the results. Lajos Galambos and György Szilvásy each received jail sentences of two years and ten months, Sándor Laborc a suspended sentence of one year, and to everybody’s surprise László P. was found not guilty.

László P. was the head of a computer security firm that was hired to make the National Security Office’s computer system safe. There were too many leaks and Laborc suspected that the leaked information was ending up in the hands of the Fidesz leadership. It was Szilvásy who recommended László P. He didn’t know him personally but heard that he was good at what he did.

Those Fidesz apparatchiks who were entrusted with finding some kind of an excuse for getting even with Galambos-Laborc-Szilvásy, who were trying to put an end to Fidesz spying, must have been delighted when they discovered that László P.’s mother was a Russian whom his father married when he was a university student in the Soviet Union. Moreover, one of László P.’s associates was “also Russian speaking,” as Magyar Nemzet discovered. Thus the plot, the concept, was hatched upon which a case could be built. Spying for Russia via László P’s firm. Yet László P. was found not guilty. I leave it to my readers’ imagination to hypothesize what might be behind this very surprising outcome.

So, let’s see what the charges were. Galambos was charged with and convicted of espionage, Szilvásy with abetment, and Laborc with complicity. Since everything surrounding the trial is secret, it is impossible to figure out what these people were really accused of.

Spying is certainly a very serious offense. According to ¶261§(1) of the Hungarian Criminal Code, someone who gathers intelligence for a foreign power will receive a sentence of from two to eight years. ¶261§(2) states that if the information passed to a foreign power happens to be top secret then the sentence will be harsher, between five and fifteen years. In this case Galambos couldn’t have revealed top secret information to anyone. As far as Szilvásy is concerned, the charge most likely was that he ordered Galambos to commit a crime. As for Laborc, we have not a clue what the charge of complicity actually means or in what way he was supposed to be complicit in this alleged affair.

The case has a long history. In the last two years hundreds of articles have been written and all sorts of conspiracy theories hatched. Many of them turned out to be sheer speculation. Unfortunately we are still speculating due to the secrecy that surrounds the case. I suspect that the decision was made early in the game to make the trial secret because the charges were bogus. I remember that sometime in late 2011 or early 2012 the parliamentary committee on national security matters convened to hear what the prosecutors had to say about this spy case. At that point Ágnes Vadai, still a member of MSZP, was a member of the committee. Of course, she couldn’t say much about it, but she indicated that the whole affair was unbelievable. Laughable, I think she called it.

Moreover, Viktor Orbán doesn’t forget. Once in power he decided to jail those people who tried to expose Fidesz’s illegal dirty tricks. I’m sure that originally they were hoping to implicate Ferenc Gyurcsány, but that proved to be impossible. His old friend György Szilvásy could, however, be dragged in because he recommended László P.’s firm to the National Security Office. One could ask: why didn’t the Office itself take care of the problem? Because the top brass in the agency didn’t trust their subordinates. Some of them, they believed, were in the pay of Fidesz.

Perhaps a few years ago one could say that such speculations about Fidesz couldn’t possibly be true, but by now we’ve seen enough of the party’s mafia-like ways to understand that their earlier spying on the National Security Office was true to form. And what do you do with your political enemies? Just ask Putin.