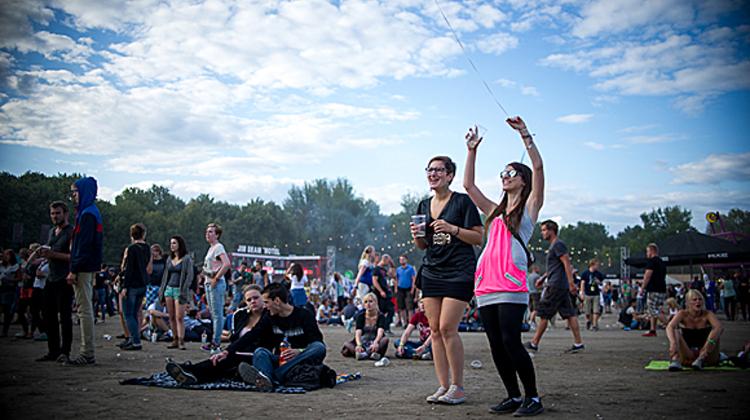 Two in one: a birthday show and festival within the festival, a legendary Hungarian folk group and the most popular Hungarian band at Sziget. On top of that we’ll have bingo with an energetic Dutch electro-formation in the Party Arena.

It will be a tough decision, but for sure everybody can find what he is looking for on Day 0 at Sziget this year. The key group of modern Hungarian folk music and the dance house movement Muzsikás will be celebrating their 40th birthday. One of the most important Hungarian bands of the last 20 years will give you a multi-art blitzfestival. We are talking about two bands that truly move generations. To broaden the offer of music you can enjoy some of the best electronic dance music in the Party Arena.

Muzsikás will be joined on stage by many Hungarian and international musician friends of all sorts: you will be able to hear the music of musicians and singers from tiny villages as well as the piano virtuoso Jenő Jandó, the best percussion band in the world, Amadinda, and international stars as the violinist Alexander Balanescu or the folk-blues-post-punk group Woven Hand.

The backbone of the show will once again be traditional Hungarian folk music that is connected to the group on all sorts of levels. You can hear pieces from Bartók, violin improvisations by Balanescu and the rock of Woven Hand mixed with the melody of Muzsikás. Completing the performance will be hurdy-gurdy and bagpipe players and dancers.

Quimby has been exploring the borders of standard pop music for years now. They played in theatres, performed magical improvised shows, standard concerts spiced up with theatrical elements. The Wonderland kicking off at 4 pm on Day 0 will be all of these mixed together into one big performance throughout the entire festival area and a lot more: an exciting, creative and loveable place. You will experience a circus, acrobats, vision theatre, literature, acoustic concerts, puppet theatre, world music, screenings, dance and many more.

It won’t be just Quimby providing you with quality music on Day 0, but also their friends who are of course their favourite bands as well. The American band Firewater will be performing their music somewhere between world music and rock from 6.30 pm on the main stage, Urban Voodoo Machine and their whiskey drenched gipsy blues can be heard from 11.15 at the Magic Mirror and the one man group King Automatic will play from 4.30 pm at the VOLT Terrace.

Also performing will be the German band Mardi Grass BB presenting their mix of jazz, funk, soul, rock and hip-hop, Ian Siegal will be performing from 5.45 at the VOLT Terrace, the honorary Hungarian Ripoff Raskolnikov will be playing from 7 pm at the VOLT Terrace. After midnight you can party to the groovy funk of Big John and the Vienna Soul Society in the Magic Mirror tent. But of course the grand finale will be Quimby hitting the stage at 8.30!

In the meantime the Dutch DJ-producer duo Bingo Players will heat up the mood in the Party Arena for anyone who is not dancing on the Quimby concert. Party house until you drop from the biggest talents of the electronic dance scene.