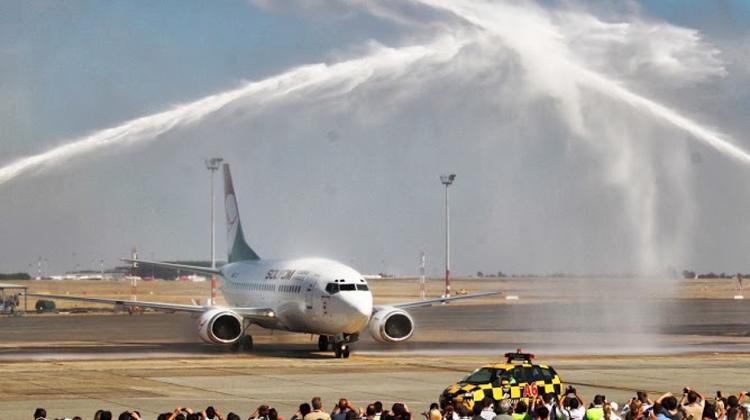 On 22 August the first aircraft of Sólyom Hungarian Airways a Boeing B 737-500 type aircraft with code HA-SHA has arrived to Budapest. The aircraft first „saluted” its new home arbase with a low-level flypast and then landed at Runway 31L of Budapest Airport.

The first aircraft of Sólyom (Falcon) was greeted ont he apron by hundreds of invited VIPs, authority representatives, airport employees, lots of journalists, photographers and spotters. The aircraft was welcomed by airport firefighters with the traditional water-cannon salute.

After the engines stopped Captain Ernő Varga and CommanderJózsef Schlotter has reported the successeful first mission of the Sólyom aircraft to Mr. József Várgó CEO of Sólyom Hungarian Airways. After the reception ceremony invited guest and the media could visit the deck and the cabin of the aircraft. There were hundreds of people around the airport waiting for the arrival of the first Sólyom aircraft outside the fence of the airport, the spotters’ Cargo Hill was full of aviation fans.