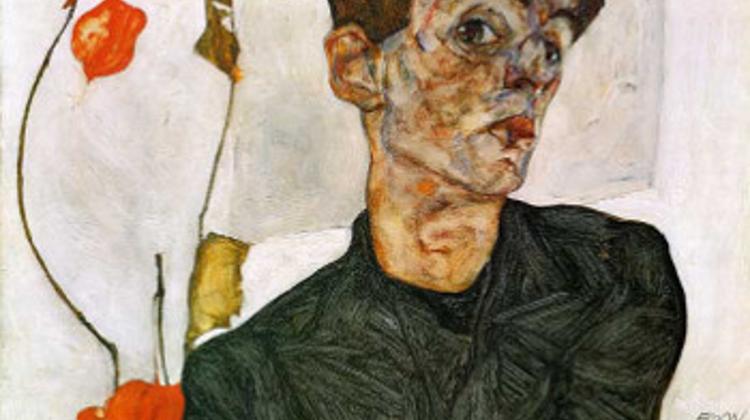 The Museum of Fine Arts, Budapest, by way of a continuation of its exhibition presenting Gustav Klimt and the early Secession offers an insight into the work of the most outstanding artist of the following generation: Egon Schiele, and through his contemporaries into the development of Viennese Expressionism, the school that superseded Jugendstil.

The 70 works coming from the world’s richest Schiele collection, the Leopold Museum in Vienna, will be complemented by drawings and paintings by Schiele, coming from other prestigious collections and further works by Schiele, Oscar Kokoschka and Carl Moll from the collection of the Museum of Fine Arts.

Vienna’s bustling cultural life was still ablaze with the success of Art Nouveau at the beginning of the century when so-called pretenders to the throne appeared. The wilder and more rebellious (Schiele, Kokoschka) or the more withdrawn (Richard Gerstl) artists won both enthusiastic supporters and loud critics, while their work still frequently bore the influence of their “masters” (Klimt, Moll, Kolo Moser). During this versatile period rich in art and artistic discourse the relations between Vienna and Budapest were also going through a productive phase. This is proved by the fact that it was exactly one hundred years ago (in 1912 and 1913) that Schiele and other Austrian artists – among them Gustav Klimt – presented their works in Budapest.

In the centre of our present exhibition stands Egon Schiele, whose short artistic career, spanning all of ten years, is illustrated with around fifty works. At the age of 16 Schiele became the youngest pupil of the conservative Academy of Fine Arts of Vienna, which soon after he left to found a group of artists called Neukunstgruppe (new art group).

His work was influenced by the leading figure of Secession, Gustav Klimt, and guest artists taking part in the society’s exhibitions (Van Gogh, Toulouse-Lautrec, Munch). Klimt’s female nudes characterised by eroticism – some of which can be seen at the exhibition – had a direct affect on the young artist who frequented his studio. The public soon turned its attention to Schiele’s anguished nudes, drawn in tormented lines, or his small town landscapes, while even public authority responded to his works of men and women lacking all taboos, as a result of which he was briefly imprisoned under the charge of pornography.

Oskar Kokoschka, featured in our exhibition as one of the emblematic artists of Austrian art, also joined Neukunstgruppe not long after. Other artists among the members of the circle and presented at the exhibition include Albert Paris Gütersloh, Hans Boehler and Anton Faistauer. The most tragic figure of Viennese Expressionism was the lonely Richard Gerstl, who committed suicide at the age of 25, and whose hypnotic self-portrait will also be on display. Austrian Expressionism will be revived by significant, though in Hungary little-known painters such as Anton Kolig, Leopold Blauensteiner, Herbert Boeckl, Albin Egger-Lienz and Max Oppenheimer.