The Biggest Hummus Plate In Hungary 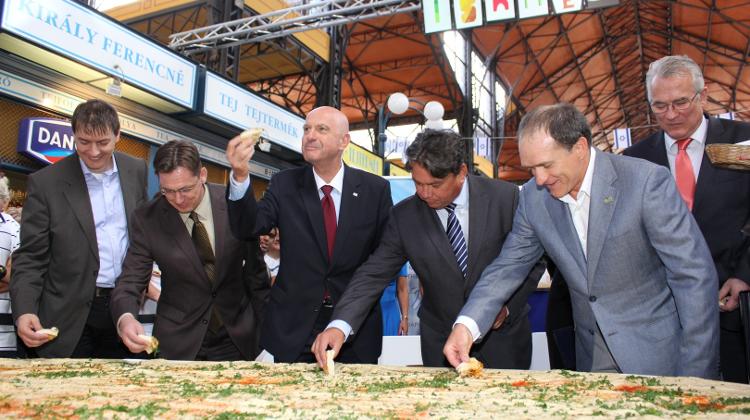 As part of the 16th Jewish Summer Festival, the Embassy of the State of Israel has brought the special atmosphere of the Israeli shuks to Budapest. Visitors of Vásárcsarnok (Central Market Hall) can get to know the Israeli shuks' tastes, fragrances and colorfulness.

On the opening event, the Embassy of the State of Israel and Ambassador Mr. Ilan Mor presented the biggest hummus plate in Hungary.

The national food symbol of Israel was prepared by more than 50 kg of hummus, which is more than 400 normal hummus plate, and was served on a 2,5 meters long plate, specially made designed for this event.

Deputy Lord Mayor, Mr. Miklós Csomós and many other high-ranking public officials and celebrities attended the event to present the biggest hummus plate in Hungary.

It is a free event.