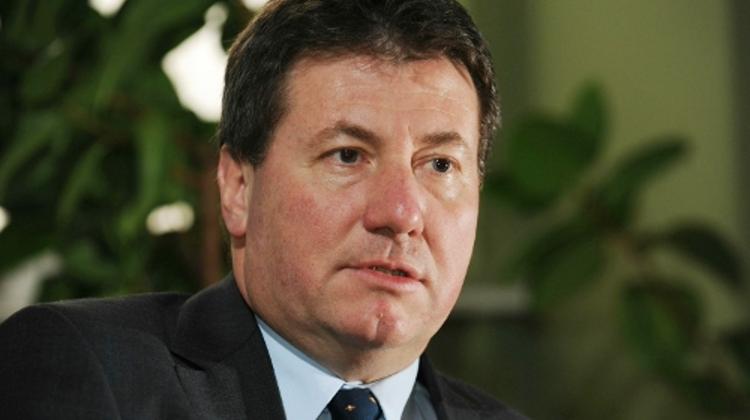 The substantial victory achieved at the parliamentary elections in Germany this Sunday by the conservative CDU-CSU party alliance, which fell short of an absolute majority by only a few mandates, provides the realistic chance of a grand coalition with the Social-Democrats (SPD) or of a coalition with the Green Party, MFA Deputy State Secretary for EU bilateral relations Gergely Prőhle said on September 24.

Speaking before the Foreign Affairs Committee of the Hungarian Parliament, Mr. Prőhle also emphasised that German citizens were strongly preoccupied with what kind of European policies their parties were adopting.

During his briefing about the parliamentary elections in Germany, Deputy State Secretary Prőhle pointed out: the support secured by the CDU-CSU, which obtained 41,5% of the votes, and the Alternative for Germany (AfD), which barely fell short of the 5% threshold, as well as the liberal party (FDP), which although obtaining almost 5% of the votes still "unfortunately dropped out" of Parliament, together makes up a majority of the votes. As he put it: the earlier structural majority of the Left is now gone.

Surveys have shown that German voters are not preoccupied to the greatest extent with financial problems or with environmental disasters, but are most concerned about the consequences of the euro-crisis. This is why the EU policy of the various parties is very important. Angela Merkel's government has managed to find the balance between bearing responsibility both for Europe and the national and financial interests of Germans; the government had succeeded in forming a "Eurorealist" position - Gergely Prőhle emphasised.

Speculating about possible coalition scenarios, the Deputy State Secretary also said that through falling short of an absolute majority by only a few mandates the CDU-CSU had a realistic chance of forming a grand coalition with the Social Democrats (SPD), but also for a coalition with the Green Party. At the same time there was also a mathematical possibility for a majority on the left along with the ability to form government if the SPD were to join forces with the Greens and the East-German successor party, the Left Party.

The three parties would have a majority of a few seats in the Bundestag, the lower house of the German legislature and could form a government under a Social Democrat Chancellor. However this would require that the Left Party be released from “political quarantine”, the probability of which is not significant but should not be excluded – he said. The political culture and federal structure of the country are both more conducive to a grand coalition (there are various coalitions in each region) and it should also be noted that Germany has already had a kind of grand coalition until now because the Bundesrat (Upper House) had a Social Democrat-Green majority and on several occasions Chancellor Angela Merkel had to rely on the votes of Social Democrat and Green MPs to realise her policy ideas against the opposition sometimes present within her own party.