Hungarian Pays Romanian Fine With Coins Weighing Over A Ton 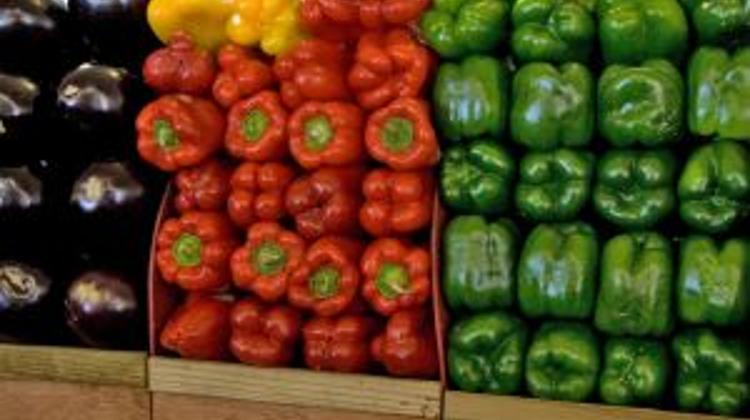 Romanian police fined an ethnic Hungarians woman for handing out bilingual price cards to vendors in a vegetable market. An unprecedented grassroots campaign followed in which the sum of the fine was collected in penny coins – weighing more than a ton.

Before Ms Tünde Lakó Péterfi resettled in Târgu Mureş (Marosvásárhely), Romania, two years ago, she had spent twenty years abroad (in Hungary, Germany and Austria). A mother of two children and a grandmother of two grandchildren, she couldn’t reconcile herself to the changes in her native town. One of the changes she wasn’t prepared to tolerate was that the Romanian bureaucrats running the vegetable market frown at signs that tell the names of produce in Hungarian even though Romania’s constitution guarantees the use of minority languages in places where the national minority concerned accounts for over twenty percent of the population. In Targu Mures ethnic Hungarians still account for nearly half of the local residents.

A civil society group called Itthon vagyunk (This is our Home), which had been recruited on Facebook and whose members include Ms Lako, made bilingual price cards with the names of produce and began distributing them among the vendors in a marketplace on October 3. Police got so irritated by signs stating words like carrot in both Romanian and Hungarian (morcovi and sargarepa) that they fined Ms Lako Peterfi LEI 1500 (USD 465) by branding her activity as “illegal distribution of leaflets.”

She refused to sign or accept the document about that fine, which will probably be posted to her in coming days. She is convinced that the bilingual price cards she presented to vendors were not leaflets and even if they were, a local ordinance banning the distribution of leaflets cannot overrule citizens’ constitutional right to use their mother tongue.

Lako retold the incident on her blog (vanegypercem.com) and made it public on her Facebook page. A friend of hers, Mark Christian Hermann, who is of Transylvanian Saxon origin, lives in Uruguay but sides with the ethnic Hungarians, wrote this comment on her post: “Then it’s our turn to join forces. Everybody and I repeat: each and all of us, should collect all their remaining coins of 1 and 5 banis (cents). I have some at home [in Transylvania] and will send it to you through a man I know. Let us pay the fine in coins of 1 and 5 banis. If they have the nerve to qualify bilingual price cards as “leaflets,” they will have to accept payment in coins of 1 and 5 banis as legal. It goes without saying that we should take police to court for fining you in the first place.”

His post on Facebook has unleashed unprecedented grassroots action. Coins of 1 bani were collected all across Transylvania. People of all ages sent coins because 75 000 (!) were needed to pay half of the fine within 48 hours after the administrative order is served if the decision was to be appealed.

The grass roots campaign made such an impact that during a session of the Targu Mures town hall assembly, councilors of the Democratic Union of Hungarians in Romania (UDMR) made their contributions in Hungarian. (Until now they have not exercised that right because the sessions were shorter if they spoke in Romanian.)

Ms Lako kept her followers posted of the state of coin collection on Facebook. On October 10, a week after she had been fined, she wrote: “Now that our period of inactivity is over, it’s so reassuring to live again! It’s wonderful to see that people from all walks of life are taking part. Primary school children, secondary school students, university students, people in their active working age of thirty, forty and fifty plus, and pensioners, who keep their coins in medicine jars. And all of us are doing this with a smile.”

The next day she posted: “As I am sitting in my room, I have bani coins all over the place in various wrappings. I don’t see them as coins anymore but as messages of love. Thank you, thank you!”

Note that Romanians as well as Hungarians sent her coins.

An immense amount of coins were sent to her small apartment on a housing project. In two weeks’ time more than enough money was collected so Ms Lako declared the drive as completed. By then almost a ton of coins had been collected!

Even the Romanian-language media praised the strength of civil society action.

Exhausted as Ms Lako was, she did retain her sense of humor. She posted a conversation she had with her son:

“It happened at home the other day.

Volunteers are invited for Saturday, October 19, to help count the coins of 1 and 5 banis. “There are so many coins there that we need your help,” Ms Lako posted on her Facebook page on behalf of the Itthon vagyunk civil society group.

No one minds if the sum collected is more than enough to pay the fine. What remains after paying half of the fine can be used for other occasions when the rights of Hungarians need to be protected.

And you never know: maybe in a hundred years the “women with coins of one bani” will be the protagonist of a Transylvania legend. (Abridged version)