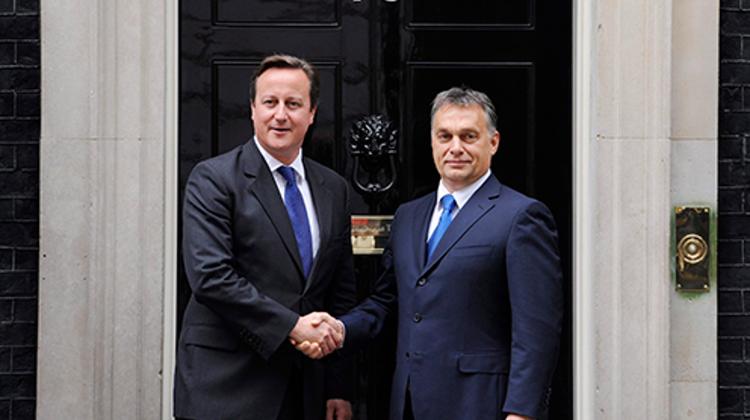 Hungary is operating like a real laboratory, trying to give responses based on traditional values to modern challenges, Prime Minister Viktor Orbán said on Wednesday when addressing a forum of 200 guests in Chatham House, in London. He also added that political radicalism however cannot be mentioned among European values.

The Prime Minister outlined Hungary's responses to the crisis, emphasising that recent years have seen a real renewal of Hungary rather than simply reforms. He stated that the Hungarian Government regards the crisis as an opportunity to carry out deep structural changes. He said large systems must go through complete renewal and families and communities must also be encouraged to change their life strategies. The European Union which used to be a strong, self-confident and optimistic community, now demonstrates uncertainty while lacking a clear image of the future, Prime Minister Orbán added.

He stated that differences between Member States must be respected and non-Eurozone states allowed the right to follow their own economic policies. It is clear that the same economic policy will not suit the United Kingdom, Sweden and Hungary, he emphasised, adding that a wide range of diverse responses must be acknowledged. Later in the day, after talks with British Prime Minister David Cameron, the Hungarian Prime Minister stated that since the United Kingdom’s government is currently reviewing legislation, he requested his British colleague to share their experiences in this field.

In his speech at Chatham House, the Prime Minister stated that the Hungarian Government had spotted the demise of the welfare state at an early stage and was building a work-based society based on merit-based benefits. He mentioned the flat-rate tax, the family tax system, the cuts in corporate tax and a new, more flexible Labour Code as examples of the Government's steps in this direction, added that other measures included the transformation of the higher education system, cutting public debt, boosting competitiveness and helping to maintain social and political stability.

Speaking about radical political forces, the Prime Minister expressed his hope that Hungarian voters would not support them, so that these forces would not mean any threat.

Prime Minister Orbán talked at a press conference following a meeting with his British counterpart David Cameron, about both countries agreeing that EU institutions should be reformed, with national and EU jurisdictions better clarified. The parties also agreed that Hungary and the United Kingdom have built a strong alliance on many issues, including nuclear energy. Talking about utility price cuts, he stated that it is not surprising that Brussels is attacking this policy. He mentioned that Hungary had received a letter from the European Commission on this matter, to which the Government will reply in due course.

During his stay, Prime Minister Orbán also met with the Central European directors of the largest British investors in Hungary, Tesco, Vodafone, and GlaxoSmithKline. Negotiations focused mainly on cooperation with the Hungarian Government, as well as regional economic trends and possible UK development projects in Hungary.