Drinking With Budapest Students: In & Around Corvinus University 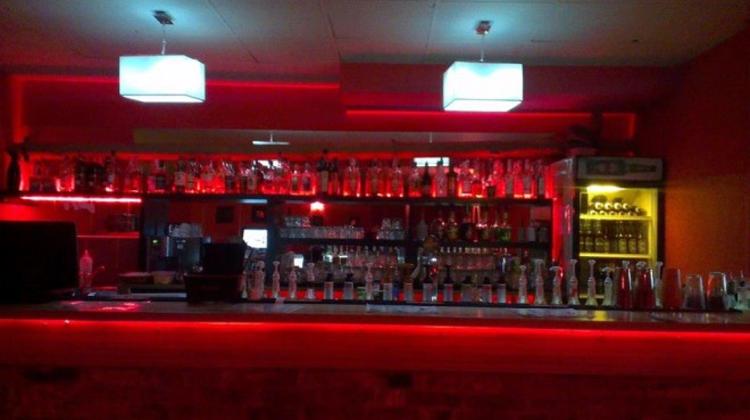 By<a href="http://welovebudapest.com/en"target="blank"> We Love Budapest</a>: Where do university students go out to drink? Based on our booze-infused memories, they’re willing to throw in one or eight beers basically anywhere, but some bars have become university-, and even faculty-specific. We’ve already introduced the favourite bars of the students of ELTE's Faculty of Arts and Humanities and BME (University of Technology and Economics), and now it’s time to explore the most beloved hangouts of Corvinus citizens.

For reasons unknown to mankind, Corvinus Café is a popular place. The highlights of the, ahem…interior include red neon signs, battered posters, and rusty furniture, so you shouldn’t come here if you’re seeking aesthetic pleasures. What you should come here for though, are the daily discounts, including the never-boring pay one, get one for free-offers that guarantee a great and cheap prologue for your night of binging. Corvinus Café won’t grab your attention if you’re just strolling on the street, so keep your eyes open, drop by, and you’ll be rewarded.

This typical student pub located between Corvinus’ two campuses is as attractive for young bloods as an open lane for LeBron James. Whether you’re thirsty for a cup of coffee or a beer, or just looking for a peaceful place to study at, two-floored Trapéz will fit your needs. Feel free to do what you like: write on the wall, cuddle with your beloved one covered in romantic shades, or throw a rehearsal for an orchestra in the cellar. The name of the spot is a mystery in need of a Sherlock Holmes: Trapéz translates to Trapezoid, and even Euclid would have a tough time finding this geometrical form here.

This enormous club housed by the basement of Corvinus’ elderly campus used to be called Közgáz Klub, then was renamed to School Club, and today belongs to the Morrison’s franchise. Cheap cocktails until 9 PM, heaps of beautiful girls, and hardcore partying until the break of dawn make up the essence of Morrison’s Közgáz.

Café Mézes, located right next to Vásárcsarnok (Great Market Hall), was called Csarnok Kocsma back in the day, and has been attracting students despite its not-so-appealing attributes since the dawn of time. It was thoroughly renovated in August 2012, and the weird smell that was lingering in the air miraculously dissolved, so Café Mézes is as popular as it’s ever been.

Round tables, an interior as simple as a tale from the Old West, and a semi-dark atmosphere conjure a great vibe for getting wasted. Prices are low, the crowd and the location are great – what else would you need for an unforgettable night with cloudy memories? Some Hungarians refer to Pedál by its old name, Tandem, but don’t panic, it’s the very same spot.

Monyo, located right next to the church on Kálvin tér, is a multifunctional drinkery that functions as a café at daylight. It’s a tad too dark, so you might find yourself humming a cover of The Band’s most famous song. When Monyo gets crowded, getting a beer is tougher than beating an in-prime Michael Jordan one-on-one, but it’s worth the fight. Concerts and DJs appear on the scene once in every blue moon, though you mostly come here for the folks and the drinks.