Drinking With Budapest Students: In & Around ELTE BTK 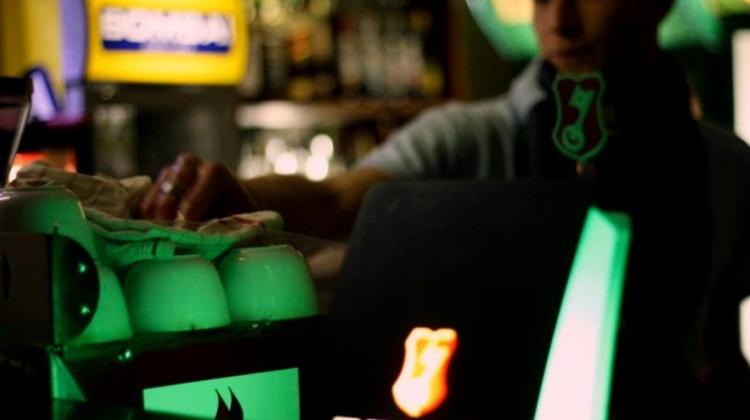 By<a href="http://welovebudapest.com/en" target="blank"> We Love Budapest </a>: We know that university students work like GPS devices when it comes to finding a pub in the vicinity of their alma maters, nevertheless, we’ve set off on a journey to collect the best near-to-university drinkeries. After discovering the neighbourhood of ELTE BTK, it's time to take a look around the University of Technology and Economics.

Martos is the no. 1 spot for future engineers, whose alcohol-consuming habits have always been rich sources of urban legends. Most people believe that BME students can’t live without foosball, and if that assumption were true, surviving at Martos would be tough, because the few foosball tables are occupied all the time. Prices are as friendly as a Labrador puppy, and even the Hungarian student loan will buy you a handful of beautiful nights at Martos.

Oportó is popular for two main reasons. One, it’s as cheap as a joke about LeBron James’ clutch abilities, and two, this is the holy place where macifröccs (wine mixed with soda and raspberry syrup) was invented. Oportó’s founding fathers are well aware of the fact looks don’t really matter, so its interior is neither fancy nor cool. The bartender knows what he’s doing, but he smiles less than Grumpy Cat. When it’s business time, empty seats are hard to come by, and the separated area is only available for VIP – i.e. the most loyal guests.

There must be a hundred pubs with the same name in Dublin and Boston, but this is Budapest, so don’t expect any leprechauns, and nobody will crack your head open if you tease them for ordering cranberry juice. Black Dog is not the place to study at, there’s always a pal here to grab a beer with. Prices are low, nights are long, and people are always ready to get wasted – all in all, a perfect university drinkery.

Pinyó is located in a spacious cellar, so don’t be surprised if your phone goes silent, because, looking at how poor the cell phone reception is, you might as well be in hell. No need to panic, though, the Devil won't challenge you to a rockoff, for Pinyó is much closer to heaven, and attracts university students with drink discounts, fair prices, bar games, and romantic lights.

Housed by BEAC Sports Complex, Szertár is the regular hangout of computer science students. These guys (and one of the two girls studying at BME’s Faculty of Electrical Engineering and Informatics) prefer shots of pálinka to three point shots, but we don’t really blame them. No signs or ads indicate the existence of Szertár, so you need some inside info to find this gem.

Looking at the other bars in the area, going to Popcorner feels like listening to a Black Star joint after the materialistic yapping of contemporary rappers. Not only are drinks cheap, but they are served with a bag of popcorn on the side. It’s a genius idea, because free popcorn is much more than a nice gesture towards guests, it’s also something that skyrockets orders. Perfect spot to watch a football match, though on busy nights, empty tables are harder to find than good love.

Certain elements of the interior – school furniture, cartoon figures, dotted patterns – might remind you of a classroom, but taking a peak at the drink menu will blow your worries away: much naughtier things than milk with butter cookies are served at Napközi. Great place to kick it back at the end of a tiring day in the parallel universe of numbers and equations.

Drönk, housed by the basement of Vásárhelyi Pály Dormitory, is not an easily accessible drinkery – unless you have a BME student card, or arrive with someone who possesses this treasured piece of plastic. Worry not, our fellow drunkard, there also are open door days at Drönk, when anyone can drop by to play foosball and throw in a couple of beers.