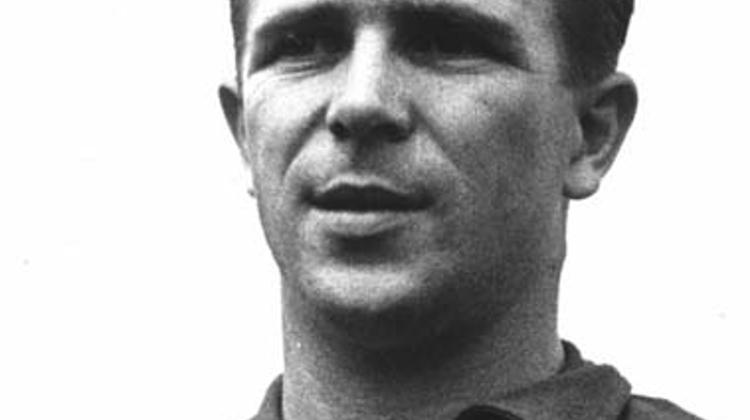 Entitled “Puskás Homage”, weeks of remembrance have started in Madrid. A bust of Ferenc Puskás, perhaps the best known Hungarian in history, has been unveiled, erstwhile companions reminisced about him during a forum and an exhibition of objects related to his life has been opened. The show is expected to draw over a hundred thousand visitors.

If you thought Puskás only matters for us, Hungarians, you’re wrong. FIFA has named an award after him and it is given to the player, male or female, judged to have scored the best goal of the year. Real Madrid has unveiled his bust at that club’s training facility in Valdebebas, outside Madrid. Of Real Madrid’s untold number of stars only Alfredo di Stéfano and the club’s revered president, Santiago Bernabéu, have been honored that way.

“Pancho” – Puskás’s nickname in Spain – is an icon in Madrid. An example: when a delegation of the Puskás Football Academy of Hungary wished to visit Real Madrid’s training facility, it couldn’t get past the receptionist until – until one of its members uttered the magic name of the football wizard.

And such stories abound. Before the bust was unveiled, Florentino Pérez, president of Real Madrid told this weekly that personalities like Puskás – who had turned 30 and was seen a write-off by some by the time Real Madrid had signed him and who had to stand his ground in a foreign environment – had turned Real Madrid a world-class team. That indefatigable gutsiness turned him a legend.

In 2012 the Bernabéu Stadium, home turf for Real Madrid, had over a million visitors. In the period until November 25, 2013, the 60th anniversary of the match in which Hungary beat England 6:3; the tourist tour of the stadium takes visitors also to a show that displays objects related to the life of that Magic Magyar.

“Hungarians under 65 only heard of Ferenc Puskás at home, from their parents, if at all,” György Szöllősi, communications director of the Puskás Academy has told this weekly. “After Puskás scored four times during the final of the European Champion Clubs' Cup in 1960, Népsport, Hungary’s only daily paper at the time, buried the news. That is why feedback from abroad is so important for adult Hungarians to realize what a genius of football Puskás was. Strange as that may sound, our initiatives usually get more enthusiastic responses from, say, Real Madrid or FIFA than in Hungary.”

The entire Puskás estate consists of 938 objects and a considerable part of that collection is currently on show at the Bernabéu Stadium. The exhibition is estimated to draw about 100 000 visitors in one month. The same exhibition will also be held in Budapest in spring 2014 but the venue has yet to be found. What used to be the Népstadion (People’s Stadium) is currently being refurbished and a major new stadium is years away.