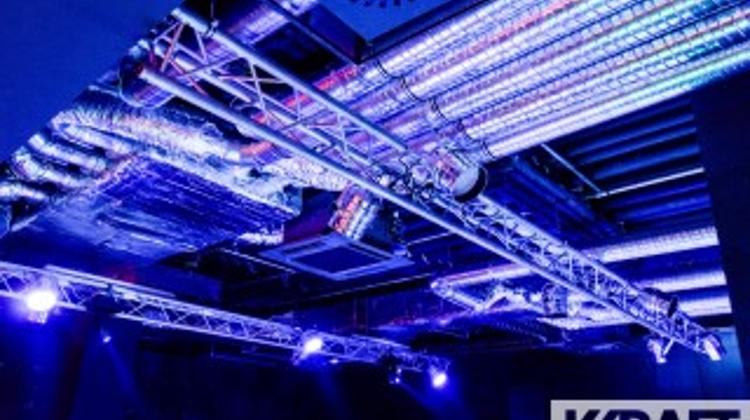 By <a href=" http://welovebudapest.com/en " target="blank"> We Love Budapest </a>: One of the most enjoyable side effects of Budapest's search for its own identity is the seemingly endless mushrooming of venues. As a result, the city's improvement reached a point where sporting a stylish interior and running a cliché-heavy marketing campaign is not enough for any place to become successful. A certain plus – a combination of enthusiasm, heart, and sincerity – is now essential in creating a venue with a lasting impression. To prove this theory, we’ve set off on a weeklong journey to discover Budapest’s fall/winter collection of bars, nightclubs, and restaurants.

KRAFT – Studio 54 would be proud

Kraft, opened in the place of Creol, proudly boasts an industrial interior – courtesy of Péter Szendrő and his crew - reminiscent of New York’s legendary Studio 54. Kraft aims to become one of the hottest party spots in downtown Budapest, and in light of the complete package it offers – cyberpunkish tech gear, an L-shaped counter so huge it could be a Formula 1 circuit, and one-way windows creating a psychedelic illusion while also guaranteeing Instagram-worthy photos – that goal is more than reachable. There’s a huge selection of both cocktails and tunes (Thursdays - nu disco, deep and soulful house with live vocals, Fridays - hip hop, R’n’B, dancehall, Saturdays - EDM, house), and the velvet rope-policy guarantees that you’ll hang out with good people.

KASINO – Not a gamble

Kasino, opened on 22 October in the place of Dorottya utca’s casino right at Vörösmarty tér, did not turn its back to the past, and remained as elegant and glittering as it’s always been. Regardless, there’s no need to worry about strict dress codes, though experimenting with Dr. Zoidberg-like fashion statements is not advised. Parties spearheaded by Hungarian and international DJs are to be expected every other week.

Kazinczy utca 48. – The coolest cube around

There’s always been a lingering mystery about Kazinczy utca’s cubical building sandwiched between Ellátó Kert and 400: we had absolutely no idea what was going on inside its walls, but always though it would make a cool apartment for an artist. As for the cube’s history, it’s a bit foggy, and the only thing known for sure is that it has recently housed an office and a warehouse. But let’s return to the present, and take a glance at the future, both seem to be exciting: after a thorough reconstruction, a pub-restaurant-café-club complex is taking shape. The concrete-centric interior is simple and minimalistic, and uses few colors (save for lights, lamps, and tabletops). The basement is where all the dancing will go down, the entresol has a pub and a café, the first floor gives home to a restaurant with an open kitchen, while the cube’s crown is a rooftop terrace. Based on the visuals, this will be the coolest cube not only on the block, but also in all of Budapest thanks to its multifaceted concept and its playful architectural solutions.

Bordó Bisztró is set to open in a couple of days in Nagymező Street, opposite Ernst Múzeum. Bordó’s building is exactly a hundred years old, and used to be a printing house in early-1900s. A typesetter-like, wooden wall decoration facing the entrance commemorates the past, while Bordó’s name comes from the burgundy-colored flooring (burgundy is bordó in Hungarian). The interior is simple and homely; the first floor has a wine bar with an eighty-bottle selection made up exclusively of Hungarian wines, while the menu consists of international classics and Asian dishes (more precisely Thai and Vietnamese meals prepared by authentic chefs). Other noteworthy features include the three-course lunch menu, the brunch menu, and the so-called theatre menu, which is available from five to seven, and is crowned with a glass of champagne.

Matrjoska – Vodka Bar & Restaurant – Park your bear at the entrance

Matrjoska, nesting in Sas utca (perpendicular to Szent István tér), is as Russian as a picture of Vladimir Putin piggybacking a grizzly. Vodka Bar is a restaurant by day with a fusion kitchen mixing the characteristics of Caucasian and Hungarian cuisine, but after nightfall, it turns into a party spot offering heaps of vodka-based concoctions, some of which are so hardcore that they would make an MMA-fighter cry. The interior is playful and elegant, and is decorated with Russian motives. Opens in early November.
Matrjoska – Vodka Bar & Restaurant

DOB3, located near the Dob utca entrance of Gozsdu-udvar (Gozsdu Courtyards), the newest heartbeat of Budapest’s nightlife, offers all the essentials of a laidback London pub: snacks and meals that go well with beers, prices easy on your wallet (between 350 and 1500 Forints per beer), a chat-inducing atmosphere, a playlist put together from soulful goldies, and an international beer selection with Bavarian, German, Czech, Irish, Japanese, Hungarian, and many more liquid breads. The design can be attributed to the same pros who worked their magic together at Trafiq, namely graphic designer Miklós Kiss and architect Péter Szendrő's firm, 81font'. Opens in late November.

Meat Me is the meat-centric love child of ZING Burger and Léhűtő Craft Beer Pub. Consequently, the menu will be dominated by burgers, steaks and chicken wing-variations, while Léhűtő will vouch for the drinks. The interior – designed by Gáspár Bonta – does not lack playfulness, and puts some emphasis on recycled materials. Opens in late November, right next to Léhűtő.

The ringmasters of Cirkusz, Tibor Tamási and Gábor Tóth, are the archetypes of ideal owners: they are enthusiastic, experienced, and hardworking. Due to the banners decorating the windows, taking a sneak peek behind the scenes of Cirkusz is out of the question, though the banners themselves make it obvious what’s going on behind them. Cirkusz is set to become a multifaceted venue centered on high-quality coffees, and its main attractions – instead of somersaulting elephants – are going to be an old school coffee-roasting monster made of brass and a La Marzocco coffeemaker. Other spectacles worth mentioning: an open kitchen, homemade cakes inspired by grandma’s recipes, a nook with leather sofas saved for regulars, weekend parties, and a larger-than-life, circus-themed mural. Opens in early December.