Now On: Caravaggio To Canaletto, Museum Of Fine Arts Budapest 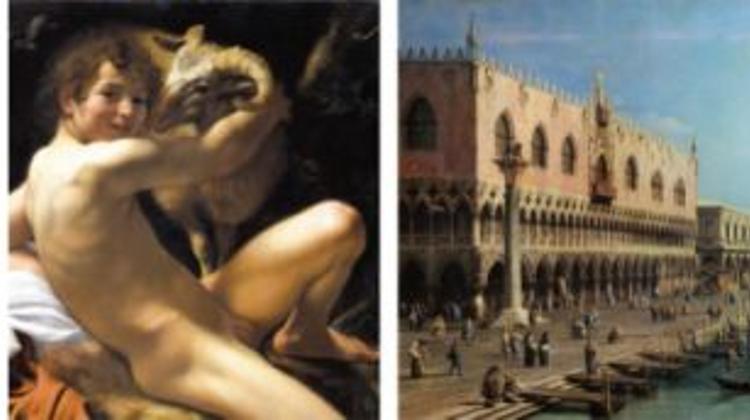 The Museum of Fine Arts’ exhibition titled Caravaggio to Canaletto will present the leading styles,outstanding artist figures as well as the extraordinary wealth of genres, techniques and themesof 17th- and 18th-century Italian painting through more than 140 works by 100 masters, includingnine paintings – the highest number by a single artist included in the displayed material – by the period’s prominent painter genius, Caravaggio.

The backbone of the selection is formed by the 34 principal works from the internationally highlyacclaimed Italian Baroque and Rococo collection of the museum’s Old Masters’ Gallery, which willbe complemented by 106 masterpieces arriving in Budapest from sixty-two collections of elevencountries, such as the national galleries in Washington and London, the Musée du Louvre in Paris,the Museo del Prado and the Museo Thyssen-Bornemisza in Madrid, the Galleria degli Uffizi in Florence, the Gemäldegalerie in Berlin, the Gemäldegalerie Alte Meister in Dresden, the Kunsthistorisches Museum in Vienna and the Galleria Borghese in Rome.

The material commands internationalattention since such a large-scale, comprehensive exhibition surveying the entirety ofItalian painting as the one in Budapest has not been put on for decades anywhere in the world.

Some years ago the Museum of Fine Arts set itself the ambitious goal of presenting 15th-18th-centuryItalian painting in two consecutive exhibitions, unprecedented in its scope in Hungary. The firstone, titled Botticelli to Titian, held in 2009-2010, attracted 230 thousand visitors, and thus becameone of the most successful shows in the history of the museum.

The next, representative exhibition devoted to 17th-18th-century Italian painting will open in Octoberand will be the closing event of the Italian-Hungarian Cultural Season 2013 in Hungary.The two centuries of Italian art surveyed by the exhibition were determined by the Baroque style,which prevailed during the period all over Europe. The early Baroque, which had started at theend of the previous century continued in 17th-century seicento, which saw the rise of the naturalism of Caravaggio and his followers, as well as the Bolognese School of Classicism linked to the Caracci.

High Baroque, which lasted more than fifty years, was characterised equally by the dynamicstyle of the so-called master decorators, Baroque Classicism and early Romanticism. Wecan talk about the Late Baroque period from the last decades of the seicento, when the tradition of the great masters was carried on in a somewhat empty, routine-like way.

The Baroque Era endedin the 18th century with the luxurious Venetian Rococo, while in the middle of the century, also referred to as settecento, the beginnings of Neoclassicism started to appear. The artists of thevarious painting schools and styles of the 17th and 18th centuries were driven by the same desire:to imitate reality, strive for realistic depiction and create the illusion of tangibility, for which theyhad the whole range of artistic means at their disposal.

The exhibition will survey the period in eight chapters, starting with Caravaggio, whose activity in Rome brought radical change to painting, going on to the Baroque replacing Mannerism, and ending with the development of Rococo and Classicism, and the introduction of their masters. Theopening section will display two early works by Caravaggio – one of them the Boy with a Basket of Fruit –, which will be followed by some religious compositions of Caravaggist painting, includingtwo versions of Caravaggio’s Salome.

The third section will showcase classicising Baroque linked to the names of Lodovico, Agostino and Annibale Carracci, while the fourth unit will present the spreading and flourishing of Baroque art. The fifth section will give an overview of the bourgeoisgenres of the still-life, the landscape, the portrait and the genre portrait, followed by the part devoted to the main stylistic trends of the 18th century. The last two sections will provide a glimpseinto 18th-century painting in Venice and introduce the veduta (townscape), which became a populargenre at that time, through four Venetian townscapes by Canaletto.

The exhibition is implemented at the highest standard, thanks to the collaboration of nearly fifty Hungarian and foreign
curators specialising in the period, and is accompanied by a Hungarianand English catalogue.

The exhibition is curated by Zsuzsanna Dobos,art historian at the Old Masters’ Gallery, Museum of Fine Arts.