“Orient Express” – Lessons Of Hungary’s Opening To The East 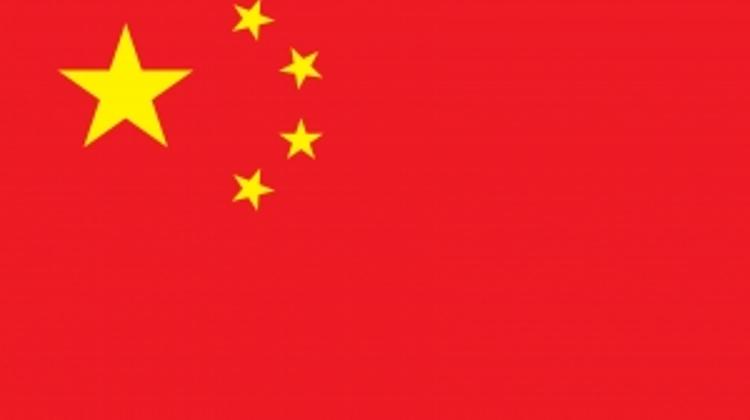 Having visited India, Japan, Turkey and Russia, Viktor Orbán will soon go to Beijing. Witnessing this foreign policy offensive, observers wonder whether or not the government is preparing Hungary’s adieu to the West or does it simply mean that Hungary has also entered the global race for markets. The other question addressed in this article is what place does the Budapest–Belgrade railroad line play in the European strategy of the PR of China?

This year’s election campaign has revived the longest standing debate in Hungarian history: does the country belong to the East or to the West, or is it a “ferry country” between the two?

“I would sum up my answer to that question like this: for Europe the future means Western identity and Eastern activity,” Viktor Orbán has recently written in an open letter to the Hungarian–American historian John Lukacs.

Orbán’s letter was an answer to Lukacs’s, carried in the daily Népszabadság, in which Lukacs, a historian (90), referring to the planned expansion of the Paks nuclear power plant, warned against Hungary committing itself to Russia.

Orbán answered that in coming decades Europe’s competitiveness will depend on whether it can cooperate with the Chinese and the Russians.

The Moscow agreement [on Paks], the above exchange of open letters and Orbán’s forthcoming visit to Beijing, to start on February 12, offer us the opportunity to examine “Hungary’s opening to the East”. The Hungarian government has been pursuing that policy consistently ever since 2010, and that is illustrated by the prime minister’s visits. In October 2013 he went to India, in November to Japan and in December to Turkey.

The magic potion of Realpolitik
Are opinion leaders of the Hungarian political Opposition right when they claim that the Fidesz-led government, “driven by authoritarian instincts” is steering Hungary towards the East? Or has the Hungarian government just joined the race for markets in the same way as other governments, with the only difference being that its rhetoric is more strident?

Just for the record: at least for a decade now, each Hungarian government has made attempts to approach the East, if only in rhetoric. In 2003 for instance, the then Prime Minister Péter Medgyessy had talks in Beijing on expanding bilateral business ties.

The Hungarian political Opposition of any recent period is piping the same tune. At a demonstration last Sunday [February 2, 2014] leftwing speakers branded the government traitors for signing the Paks agreement. But when Fidesz was in opposition, it clamored for what it found “excessively strong” relations with the East. As recently as in 2008 Zoltán Balog – who is minister for human resources today – then acting as chair of parliament’s human rights committee, waved a flag of Tibet in a street demonstration where the Socialist government’s policy towards the PR of China was denounced.

Conclusion: when vaulted to power, Hungarian politicians suddenly discover Realpolitik. They forget about the ambition to lecture Great Powers from one day to another. Their new pursuit is more mundane: to do business.

Viewed in that light, what the present government has been doing since 2010 appears to be rational. Note that Hungary is fully exposed to the ups and downs of the economic performance of the European Union.

Four years ago 77 percent of Hungary’s exports went to fellow EU states. Among Hungary’s top trading partners there is just one non-EU country: Russia, but even Russia is only there due to its colossal energy export to Hungary.

“All we have done is joining the race, which is underway irrespective of developments in politics. Consider this example: in Belarus, which is punished by EU sanctions, Austria’s Raiffeisen owns a major bank,” says to this weekly Péter Szijjártó, state secretary for foreign affairs and external affairs. Summing up the impressions he gathered during visits to three dozens of countries, Szijjártó says in the Soviet successor states, in the Far East, and especially in the PR of China, personal contacts matter more than in European diplomacy. Moreover, in said countries, the role of the state matters even when agreements are made between private sector entities.

Heti Válasz asked Szijjártó: if personal contacts are so important in the case of the PR of China, why does Hungary have the third government commissioner in charge of that country in just four years? (Tamás Fellegi and György Matolcsy were the previous ones.) “Personal contacts do matter but more important is consistency in policy and Hungary has had the same line over that period,” Szijjártó answered.

Water – a shared concern
Although subjective factors are occasionally mentioned when arguing in favor of expanding trade with countries in the East, no one should think that Asians buy Hungarian products just because Magyars have Asian roots or because Hungary used to be a Communist country. The governments and businesses of the emerging countries go for products of top quality sold for a competitive price just like other countries. As Hungary cannot sell fighter planes or oil rigs, its only chance is discovering its strong sides in other fields.

There has been progress there recently. The Budapest Water Summit of October 2013 mattered not just because the visiting UN Secretary-General Ban Ki-moon praised the professionalism of the conference organizers.

Organizing that meeting cost Hungary USD 1 million but it has fetched for Hungarian water management firms orders worth over USD 600 million. In other words, determined lobbying, carried out with political backing, has borne fruits in a field that is a global priority.

Hungarian President János Áder spoke of the importance of sustainable water management at the General Assembly session of the UN in New York. Diplomats of the Hungarian Foreign Ministry could “smuggle in” the topic of water management even in the dialogue between the EU and ASEAN. The Hungarian diplomats came forward offering water management experiences collected alongside the Danube River for Asian countries where the Mekong River flows.

There have been tangible results in that field. In a centrally located district of Vietnam for instance Hungarian firms have been commissioned to build the piped water network. When bids were considered, the Vietnamese jury found it a plus for Hungary that experts of a transition country will probably found their way better in the “intricacies” Vietnamese officialdom.

Serious efforts are needed to make such commissions a rule rather than an exception. In its “opening to the East” Hungary has deployed what it believes will prove to be a “wonder weapon”. It has launched a scholarship program, called Stipendium Hungaricum. Under interstate agreements, 2000 young people will come to study at universities in Hungary especially from Asia and North Africa. That will fetch revenues for cash-strapped Hungarian universities and will benefit the emerging countries. The program will enable students to attain competitive knowledge at English-language programs of Hungary, an EU member state.

This geopolitical and business realignment is a two-way street. While Hungary calls it “opening to the East”, in Asia the dealings with Hungary are referred to as their “Western strategy”.

For Russia and the PR of China, Hungary and the Central and Eastern European region in general is part of an even grander scheme: they are pieces of a global puzzle. For Russia the Paks nuclear deal is supposedly attractive because building a nuclear power plant for an EU member state can turn out to be good reference for other ones. The Hungarian government seems to have the following logic: a strategic industry each of the Great Powers should be present in Hungary. The Russians are in charge of energy, the Germans of the car industry, the Americans of the high-tech sector, and the Chinese of logistics.

Accordingly, the retrofitting of the Budapest–Belgrade railroad line will feature high in Orbán’s talks in Beijing. The prime ministers of the three countries concerned agreed about that in November 2013. It is planned to build/retrofit a double-track railroad line that is fully electric and enables trains to run at 160 km/h. That would cut running time from about 8 hours to three.

New Silk Road of the PR of China
The Budapest–Belgrade railroad line is thought to be a part of a scheme referred to in the PR of China as the “New Silk Road”. It is meant to send goods of the PR of China to Western Europe in the shortest time. Another component of that strategy was when COSCO (China Ocean Shipping Company), owned by the PR of China, paid USD 4 billion for the right to use the container terminals of Piraeus in Greece. Piraeus is ideally located: it’s close both to the world’s busiest navigation route, the Suez Canal, and to the Bosporus strait.

Although COSCO is dynamically expanding the container terminals, it takes a lot of time to transport goods to the West via the Balkans and the Central European railroad network. That is why the Budapest–Belgrade line matters.

Mentioning Greece. The way it did business with the PR of China is worth careful analysis. In 2008 and afterwards, when the economic crisis gave Greece a staggering blow, Greece thought that deals with the PR of China, such as that related to Piraeus, will cure its financial ills. Promises it really got. In 2009 for instance the governments of the PR of China and Greece signed an agreement on the PR of China investing billions of dollars in Greece. However, five years on, few of those plans have taken shape.

Hungary has had a similar experience. In 2011 Hungary and the PR of China agreed on numerous major investment projects. Two years on, the PR of China is not participating even in the modernization of Hungary’s major railroad stations.

“What interests does the PR of China pursue in Hungary and elsewhere in the CEE region?” this weekly has asked Chen Xin, senior fellow at the Institute for European Studies of the Academy of Sciences of the PR of China.

“Its location makes Hungary an ideal hub for distributing Europe-bound Chinese goods. Hungarian workers have the required schooling and their pay is not always higher than that of workers in coastal areas of China. It is also an important consideration that Hungary is part of the integrated European market,” the Chinese researcher explained.