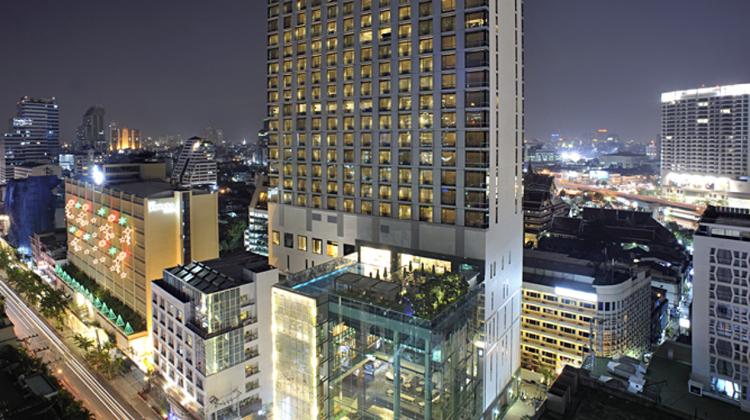 Le Méridien Bangkok reaches 24 stories into Asia's 'City of Angels' skyline, towering in contemporary five-star luxury. Positioned right next to the pulsating Silom commercial district, and just metres from the energetic Patpong Night Market, it's an idea location to explore and enjoy the Thai capital.

Le Méridien in Bangkok stands out in style, with all of the hotel’s 282 rooms looking out over the energy bustling through the surroundings.

Restrained sophistication greets every guest in subtly stated rooms, each equipped with modern entertainment facilities and a virtual office. The property provides a first-class restaurant and two bars, and wellness remains at the forefront with the SPA, a fitness centre, and an outdoor pool.

The hotel is less than an hour from Suvarnabhumi International Airport and Don Muang Airport. Continuing with practicalities in mind, Le Méridien Bangkok is very well located nearby Saladaeng sky train, and Sam Yarn subway stations, for convenient transportation to all the shopping and sightseeing attractions.

Christian Humbert, GM at Le Meridien Bangkok, has a few top tips for what to do and see while in town. "The river has its charm, a sunset drink overlooking Wat Arun. A Khlong canal tour, not a typically touristy trip, to see Bangkok from the waterway. A bicycle tour in the back streets to see the other side of Bangkok - how the people live, wooden houses, street food, amazing smells and colours." For more insights about the Thai capital and its people, and about the GM himself, just click here.

After an exciting day, and/or night, out in Bangkok, Le Méridien guestrooms and suites are designed so you can retreat and unwind, offering understated sophistication by integrating modern conveniences with a strong, chic design. A touch screen IP phone with functions to open a virtual office punctuate each room, while the room’s view reveals Bangkok’s jigsaw puzzle of golden temples, modern skyscrapers, compact neighbourhoods and the River of Kings.

Inspiration awaits in the Circular rooms on the hotel’s 22nd floor, they're worthy of a full description as they place a new perspective on Le Méridien Bangkok’s experience of active discovery. Iconic round beds form the nucleus of a design that captures the international flavour of the metropolis with refined European sophistication in an ambience enhanced by artistic lighting.

The Circular rooms, favourites among honeymooners, radiate to a spacious 36 square metres of contemporary luxury partially bordered by floor-to-ceiling windows leaning over the city. Depending on the location, the Circular rooms present Bangkok’s modern high-rise commercial district backed by the iconic Chao Phraya River or the green Chulalongkorn University campus to the trendy Phatumwan shopping zone.

A digital system for multiple laptop applications leads an electronic experience that includes an iPod charger, Cisco touch screen IP phone, a 32-inch Sony television and video-on-demand, while a refreshment centre and marble bathroom with an ultra-cool rain shower highlight its many comforts. 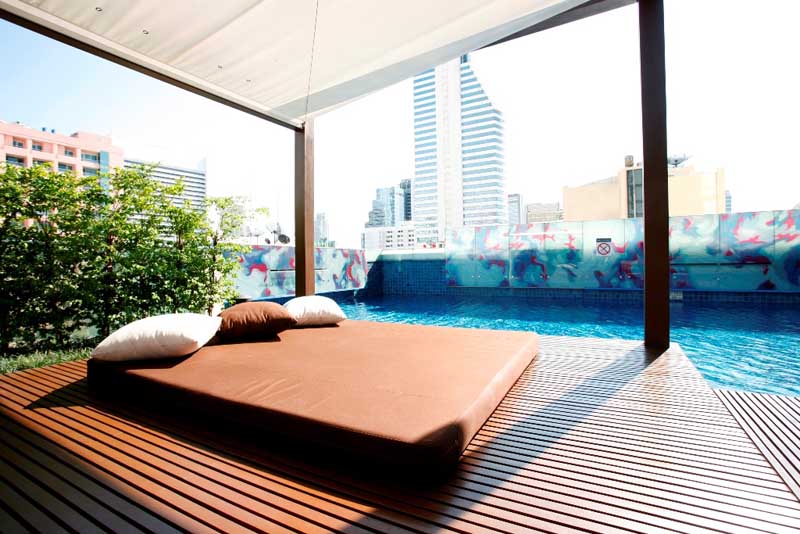 Achieving and maintaining self wellness in Thailand’s capital has crossed a new threshold at Le Méridien Bangkok, where the entire sixth floor is dedicated to pursuing a unique lifestyle experience.

After a Spa treatment or a work-out in the fitness centre - - furnished with the latest Technogym equipment - guests can relax with a creative snack and cool drink just outside on the pool deck at the Plunge bar, accompanied by the sounds of upbeat music.

Within a short walking distance of Le Méridien Bangkok is Lumpini Park, where the hotel’s early risers can join the locals in jogging a few laps along trails that cut through the park’s greenery and wind past ponds. After a run the hotel's Bamboo Chic Bar (pictured below) is a fine venue to rehydrate, it's also a great place to start an evening given its tempting signature cocktails, international wines and spirits. 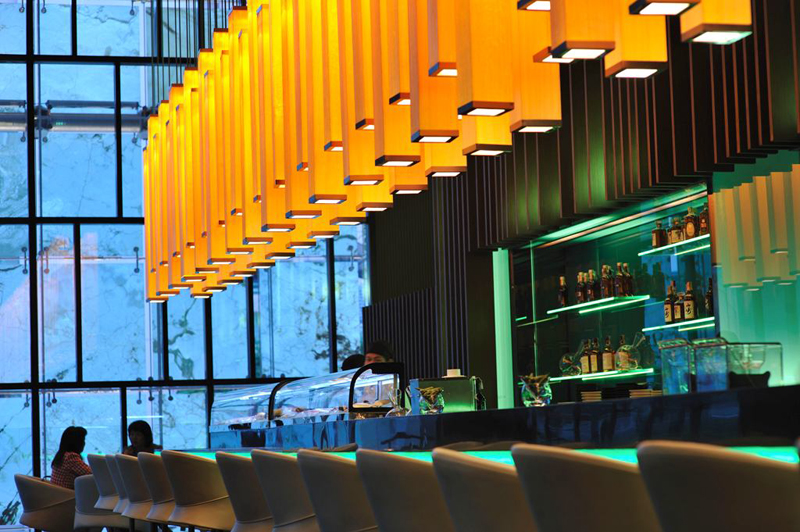 Within a short walk of the hotel is the stimulating Patpong Road with its crammed night market and touts luring the curious into neon-lit bars. During the day, the scene transforms into a business district with nearby Pratumwanaram and Hua Lampong Temples offering a refuge for the senses.

The nearby sky train and subway stations can come in very handy for quick and easy transport, the boutiques at Siam Paragon and Gaysorn shopping malls are on route as Chatuchak Weekend Market’s bargain-hunting maze.

Thailand’s venerable tuk tuk can deliver hotel guests to the city’s Chinatown in 15 minutes to uncover a labyrinth of hidden temples, hole-in-the-wall restaurants and box-top market stalls. The river ferry stops at Bangkok’s Rattanakosin Island, where travelers can spend a day enjoying historic and cultural sites, before returning to an oasis of chic, cultured luxury back at the hotel.