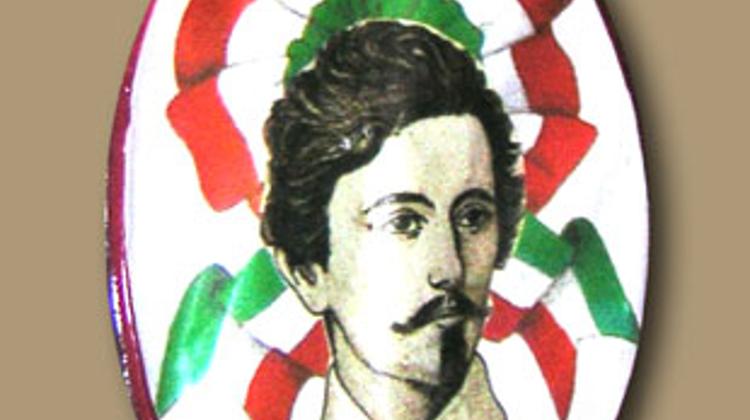 March 15th, 1848, was the day when Hungary’s poet, Sándor Petöfi, stood on the steps of the National Museum and recited the poem which was to mobilise Hungarians into an (unsuccessful) attempt to overthrow the yoke of Austrian oppression, and win the nation independence and freedom. The anniversary of this event was marked under communism, just as it is remembered today – albeit that present-day celebrations have witnessed a shift in emphasis.

Prior to 1989, March 15th was not a national holiday - it was only a school holiday. The heightened feelings of nationalism around this time of the year (as opposed to allegiance to the Communist cause), and the very obvious parallel situation of the occupation of the country by the Soviets (like the Austrians before them), resulted in the decision to keep the day low-key. Banning any commemoration at all would have been likely to escalate existing tensions, and so it was decided to allow schools to celebrate the fight against Hungary’s 19th century oppressors, but to keep the adult population at work.

In the days leading up to the anniversary, children practised the Petöfi poem, folk dancing, and re-enactments of the events of that historic day, which they performed at school. Rosettes (kokárda) of the Hungarian colours were sold on every street corner, and hardly a lapel was to be seen without one – even we felt the urge to join the celebration. Yet again, in order to ensure that feelings of patriotism did not run out of control and spill over into anti-Soviet sentiment, certain modifications of perception were instilled both into the history teaching at school, and in official circles: the Soviets had conquered all oppressors (like the Austrians) and to this extent March 15th symbolised a celebration of the more general victory over oppression – not just the Hungarians’ particular attempt in this direction.Thus, to further reinforce the message, both Hungarian flags and the red flag bearing the hammer and sickle were hung side by side in every public place. Every bridge, every office building, every block of flats had one of each flag, and it was a fineable offence not to hang them out on appointed days. A decision to hang only the Hungarian one would have been foolhardy in the extreme. The statue of Petöfi on the Danube embankment had hundreds of small flags planted in the earth at its base: both Hungarian and red flags. Understandably, the Hungarians felt that their very national holiday had been hijacked by a state that had not even existed in 1848.

One of the very first groups of students I taught in 1982, was from the Karl Marx University of Economics (now Corvinus Egyetem). When I asked how they would be spending their free day, a girl in the group said that her parents would be locking her in the family flat: in the previous year, she (along with fellow students) had gone at night and removed the small red flags from around the Petöfi statue, leaving just the Hungarian tricolours – something which carried a not insignificant risk: plain-clothes policeman could be observed at such sites, loitering conscpicuously, cameras in hand.

Following a brief respite in the early 90s, March 15th was once again ‘hijacked.’ In the lead-up to the 2002 election, Viktor Orbán declared that all those who supported him should wear the kokárda which was traditionally only worn in the days surounding the March anniversary. Suddenly, the wearing of the Hungarian colours professed allegiance to a political party and was no longer the neutral symbol of pride in one’s home country; for those who were not Orbán supporters it became a no-win situation: they either abandoned their patriotism and desire to commemorate 1848, or by wearing their kokárda, declared their tantamount support for the FIDESZ party. What had always been a unifying celebration, had, overnight, become highly divisive.

Today, the recitation of the Petöfi poem on the steps of the National Musueum and the associated official celebrations, have become a backdrop to demonstrations – peaceful and otherwise – by a variety of political parties. Once again, March 15th has become politicised – no longer by the communists, but now by the self-professed exponents of democracy: the result, sadly, is an unsavoury exploitation of this national holiday.

By Marion Merrick published on XpatLoop.com with the permission of Budapest Then And Now

She is the author of two books on Hungary, available at Bestsellers, and her web page can be reached by clicking here