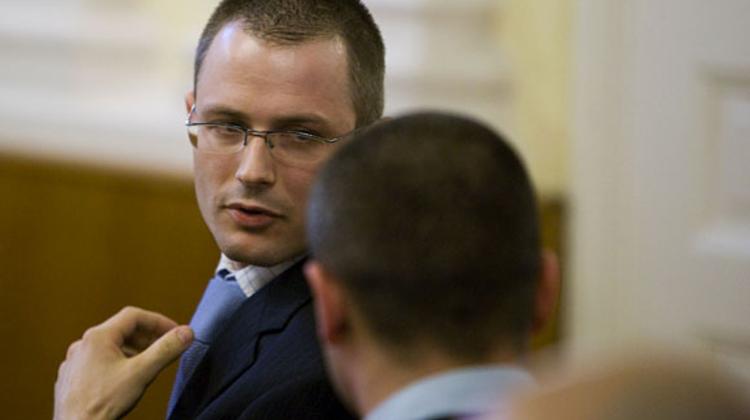 Commentators agree that the revelations of a former Socialist MP ,who served six years in prison for corruption, are extremely painful for the Left. Left-wing authors add however, that they believe the claims have been fabricated for propaganda purposes.

János Zuschlag, a Socialist MP from 2002 to 2004, had to resign from Parliament because of a tasteless joke he made at a Holocaust remembrance event. He was formerly the leader of the Socialist Party youth organisation and as such regularly submitted and supported applications for government grants to various youth events.

He was prosecuted and sentenced in 2007 because he could not account for 75 million forints of those grants. In an interview in Napi Gazdaság, a business daily recently bought by pro-government owners, he accuses several leading Socialist politicians of having been aware of his wrongdoings. In the same interview, he announced the publication of his autobiography. He mentions witnessing several hundred million forints worth of banknotes in a secret safe inside the Socialist Party headquarters.

Zuschlag claimed that Ferenc Gyurcsány, who at the time was Minister of Youth and Sports, signed his grants knowing what he was going to do with the money, which, he hints, was spent by the Socialist youth organisations. Socialist Party Chairman Attila Mesterházy, who was an undersecretary in Gyurcsány’s ministry at the time, receives relatively mild treatment, as Zuchlag says he was being constantly harassed by Gyurcsány. Zuschlag also alleges that he was paid 50 million forints for not running as a candidate at the elections in 2006, based on an agreement he reached with three leading Socialist politicians. All left-wing politicians mentioned in the interview have flatly denied Zuschlag’s allegations.

In Magyar Nemzet, Zsuzsanna Körmendy says the impact of the “detonation” of the Zuschlag case on the Left can be measured by the number of press conferences cancelled after the interview was published on Friday. Just two weeks after the case of Gábor Simon, the former deputy party chairman who had secret funds in an Austrian bank, now the Socialists have to “bear the brunt of their corrupt present and their corrupt past”, she continues.

She suspects that Zuschlag has come forward with what he knows in order to protect himself against possible attempts to silence him, since “a mafioso in a corrupt political organisation inevitably sees a risk in someone who knows a lot and is not part of the gang any longer”. It must be painful for “the remaining followers” of the left wing to be confronted with how public money was channelled into the secret safe in the party headquarters, Körmendy remarks, but “the right wing always knew that Gyurcsány was bound to be aware of how such funds were distributed within his Ministry”.

In a rancorous opening sentence of the front page editorial in its weekend issue, Népszabadság suggests that the Socialist have nothing more to be worried about. After the damage caused by the Simon affair and its 240 million forints, Zuschlag’s 50 million cannot cause much extra harm. The authors are not at all convinced of the truthfulness of Zuschlag’s allegations, but warns the left nonetheless not to take them too lightly.

If the left wing is in trouble these days, it is precisely because voters can very well “imagine a lot of things about it”. What will count now, Népszabadság notes, is whether people will swallow this story too, including the secret safe full of banknotes. The authors themselves are suspicious, since the book has been published by Századvég, a pro-government think-tank which has won numerous and substantial government contracts over the past four years.

In Népszava, Péter Somfai is convinced that the whole story is the invention of Fidesz spin doctors, looking for another opportunity to attack Ferenc Gyurcsány. At the same time, he suggests, they have also found a blunt weapon with which to bludgeon Attila Mesterházy, about whom “a whole gang of character assassins have still failed to find either hidden millions, secret villas, or even an off-shore enterprise in some tax haven”. Somfai does not buy the story of the 50 million forints allegedly handed over to Zuschlag in a plastic bag, and suspects that it was fabricated by the “Lendvay Street poisoners” (Fidesz headquarters is located in Lendvay Street).

He goes on to remark that Zuschlag may have been abundantly paid by Napigazdaság “a once respectable daily that has now degenerated into a pro-Fidesz tabloid-style business newspaper. If the editor of Napi Gazdaság is really interested in the anomalies of party financing, as he claims, Somfai ventures, perhaps he should ask Lászlo Csizmadia, leader of the NGO which has organised a series of “pro-government peace marches” and more recently the publisher of a giant poster campaign suggesting that the left-wing leaders “do not deserve another chance”.

In a short commentary on Index, Márton Kárpáti writes that after the unfavourable showing in the polls and the Simon affair, the latest story with the plastic bag full of money is just too much for the left-wing alliance. “And the campaign is by no means over.” There must be many people who would not like to vote Orbán, he continues, but “it is increasingly difficult to surmise why a formerly left wing voter would find the leaders of the alliance any better”. That is why, Kárpáti concludes, after four years in government, Fidesz’s main concern is whether it will win a simple majority, or two thirds of the mandates as last time.