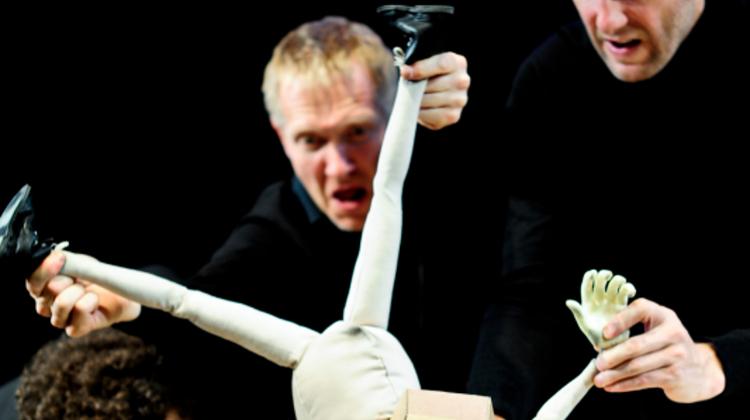 Moses is a cantankerous 2 foot high puppet, with a cardboard head, who lives on a table. And he's got a problem. All he ever gets asked to perform is fairy tales or children's birthday parties, and he's fed up with it. He's an artist! He's a serious puppet! So tonight, for one show only, the table is his and he is going to perform an epic story. The final 12 hours of the life of Moses, in real time, on his table.

The Table is not a children's puppet show but instead a work of surprising humanity.

Unique and very funny, this is improvised puppetry like you have never seen before. Our table-top philosopher explains the nature of puppetry, has disagreements with his puppeteers, shows off his dancing skills, examines the bible and has an unfortunate mishap with an invisible running machine. Along the way he gains a theatre full of fans who then watch his painful attempts to rescue his show from chaos.

This is award winning, epic puppetry inspired by Beckett, the Bible and Ikea.

The Table premiered at the Edinburgh Fringe Festival in 2011 where it won a Fringe First. Since then it has gone on to tour the world - including the UK, Europe, China and the USA - winning critical acclaim and awards.