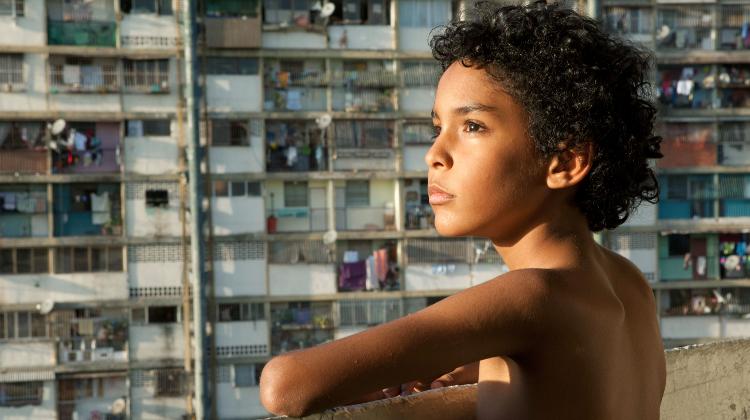 One of the specialities of this year’s Titanic International Film Festival – running between 4-12th April – is that it offers the work of 14 female directors. The jury will also have a female member, Santa Lingeviciute, the Art Director of the Vilnius Film Festival.

There are two women this year competing for the Breaking Waves Award. Swedish director Anna Odell tried to jump off a bridge in Stockholm in 2009. Her suicide attempt turned out to be an art project in the shape of her film The Reunion. In the film of Bulgarian Maya Vitkova, Viktoria, dreaming of the West, Boryana is determined not to have a child in communist Bulgaria. Nonetheless, her daughter Viktoria enters the world in 1979, curiously missing a belly button.

The European stories section contains two films of female directors: In the political thriller of Danish Annette K. Olesen, The Shooter, the Dannish government plans to give permission to drill oil near Greenland. A former professional shooter, now geological worker, Rasmus decides to solve the situation his way…

Christine Molloy also made a thriller together with Joe Lawlor. In Mister John Gerry leaves his troublesome life in London and arrives at Singapur to arrange the unfinished deads of his late brother. Slowly he takes over his life but it holds unexpected dangers for him.

In the Around the World block the audience can watch also two films shot by women: in the sensitive drama of Canadian Louise Archambault, Gabrielle is born disabled and so she lives in a special care institute where she falls in love with Martin. They would like to have bodily love as well but the workers of the institute are against it. The main character is played by Marion-Rivard who has Williams-syndrome. In the drama of Mariana Rondón, Pelo Malo - that won a FIPRESCI-prize in Thessaloniki – nine-year old Junior lives in poverty in Caracas. He hates his beautiful, curly hair and so he starts to iron it. His mum is in despair that his son might be gay.

In the Music for All section Sini Anderson’s film, The Punk Singer is about Kathleen Hanna, who used to be the front girl in Bikini Kill in the 90’s and who became famous as the leader of the riot grrrl movement. The documentary - in which several musicians appear including Hanna’s husband, Adam Horovitz from Beastie Boys - reports about her struggle against Lyme-desease as well.

Two women, Maria Demopoulos and Jodi Wille made a film about The Source Family that was a Hollywood hippy commune and a religious sect in the 70’s led by father Yod. The main character of Lily Keber’s documentary, Bayou Maharajah: The Tragic Genius Of James Booker) is „the best black, gay, one-eyed, drug-addict piano genius” as his friend and college, Dr. John calls him.

Titanic will present three further documentaries directed by women. In Gabriela Cowperthwaite’s Blackfish the biggest killer whale of the world in captivity, Tilikum killed three men. Probably, because it was kept under awful conditions for 20 years?!

Dunhild Westhagen Magnor in her film, The Optimists shows such Norvegian women between 66 and 98 of age who have been playing volleyball for 40 years and who have plans to continue. In the film of Danish Berit Madsen 16-year old Sepideh would like to become an astronaut. It is not so special of a desire, unless you live in Iran and you are a girl. In 8th April after the 7pm-screening in Puskin there will be a roundable conversation about about the situation of women in Iran.

Finally, Réka Bucsi’s short animation, Symphony no. 42 - that was selected to the competition of Berlinálé - will run before Of Men and Horses at Titanic.

The full program of the festival can be checked on http://www.titanicfilmfest.hu. Between 27th March and 3rd April tickets can be bought at a discounted price of 900 HUF, later for 1100 HUF. From 4th April in case of the purchase of 5 or 10 tickets they will be available for 900 and 800 HUF.