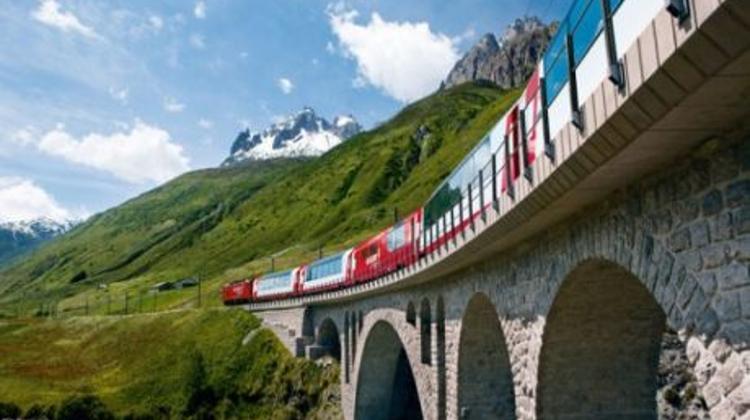 During his visit to Beijing this February, Hungarian Prime Minister Viktor Orbán concluded an agreement on the construction of a high-speed rail line from Budapest to Belgrade and about the so-called V0 rail cargo line bypassing Budapest. Both projects would be built by the Chinese State Railway Company, and co-financed by the China Exim Bank and the Hungarian Development Bank. As BBJ has learned, the total value of the enterprise would amount to nearly $3 billion.

“The financial plan of the Budapest-Belgrade railway line has been completed. The experts have been working on the technical details since the end of February, so that Serbia’s Prime Minister Ivica Dačić and Premier Viktor Orbán can sign the treaty,” Péter Szijjártó, state secretary of foreign trade and commissioner of Hungarian-Chinese relations has declared.

The Hungarian Investment and Trade Agency (HITA) answered a BBJ question about the aims of economic policy by saying that “The enterprise has a double strategic role: on the one hand, it is going to be the epitome of cooperation between the Central European region and the West Balkans; on the other hand, it will strengthen Hungary’s efforts to become the main transit country of Chinese goods in the direction of Western Europe.”

Hungary hopes to assume a greater role in the distribution of Chinese goods transported to Europe via sea routes. “Athens’ sea port Piraeus is already operated by the Chinese. So is Thessaloniki’s multi-nodal hub,” a source unwilling to be identified told the BBJ. Chinese goods arriving into these ports will be transferred to Western Europe through a distribution node operating in Budapest. The Hungarian capital city will thus occupy a key position in a two-step logistics process.

The existing railway line between Belgrade and Budapest needs to be expanded and modernized. Some 334 km of the existing 374 km line has to be converted into a two-track, high-speed electrified railway route.

On the occasion of Viktor Orbán’s visit to Beijing in February this year, Hungary and China’s prime ministers agreed upon ways of carrying out and financing their joint railway construction project. As far as the Hungarian part of the project is concerned, the costs of the enterprise would be provided by the China Exim Bank, which would provide credit to the Hungarian Development Bank. The Hungarian-Serbian-Chinese railway plans are important for China, as they can later serve as reference projects, paving the route for the Asian country’s further penetration into the European railway construction market.

The V0 plan is often mentioned together with the Budapest-Belgrade railway line project. The name is modeled after M0, the Hungarian orbital motorway that encircles Budapest. The V0 railway ring around Budapest would have a similar function; namely, it would make it possible for railway cargo traffic to bypass Hungary’s capital city. V0 would run near Martonvásár, Ercsi, Kiskunlacháza, and Dabas, which means that two new bridges would have to be constructed across the Danube in order to lead railway traffic through Csepel Island.

According to an announcement by the Hungarian National Ministry of Development (NFM), V0 would cost €1.2 bln, and it would be completed by 2017. The transportation development profession is, however, divided about the assumed importance of the V0 project. A source who asked not to be identified told the BBJ that Hungary had applied for funding to the EU’s ‘Connecting European Facilities’ (CEF) transportation development fund. “The EU, however, is willing to finance the project only if it fits into a long-term development strategy, for example, into the establishment of a trans-European corridor.

That is not the case with V0,” our source pointed out. According to NFM, the railway construction credit provided by the Chinese could cover the establishment of the V0 ring. It is an open question, however, whether the project would be reasonable at all.

According to NFM, V0 could complement the railway lines currently crossing Budapest, which function together as a bottleneck. Transportation experts, however, doubt that. “The most serious argument is that the capital city should be avoided by cargo traffic. In this case, the railway section between Kelenföld and Ferecváros railway stations could be used exclusively as a suburban railway line,” a source told the BBJ.

A serious problem with Hungary’s plans is that Brussels does not approve of the participation of Chinese railway builders in the development of European railway lines. “This is a kind of commercial ban, a response to China having prevented European firms from participating in Chinese railway line construction tenders,” a transportation expert told the BBJ.

In 2012, at the Central Eastern Europe-China summit then organized in Warsaw, China offered to create a $10 bln fund for the infrastructural development in the region. The first element of this would be the Budapest-Belgrade railway line, which is unproblematic as Serbia is not yet a member of the EU. The Hungarian section of the line, however, might raise serious concerns.