Warning In Hungary: Do Not Have Sudden Movements Around Bears 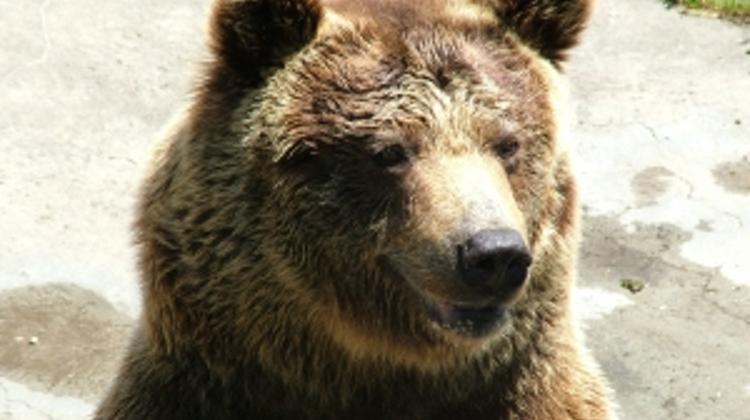 Recently there have been more and more mentions of brown bears in Hungary, mainly around the area of the north border. Last time on May 10th was a case when poachers shot a bear in the forest neighboring Salgotarján, not long before this case a bear cub has gotten media attention at Balassagyarmat.

On May 18th the poachers got arrested for killing the bear at Salgotarján, they where saying it was self-defense but the investigation found that they took the bear away then they skinned and cut up the bear. Now the question is do we need to expect bears moving back to Hungary and what to do if we meet one?

The brown bear is a strongly protected bear in most of Europe same as in Hungary, there is only about 17 thousand left of them in Europe. The largest population numbering 7200 of bears lives in the Carpathians, from 6000 which is 40% of the hole population lives in Romania. In Hungary since the 19th century brown bears where extinct till the recent years when bears stared reappearing mainly around Börzsöny, Bükk and Aggteleki-karszt. The stable population is due to the European Unions environmental policies and the recent accomplishments of Life project, thanks to this the population started to grow as well.

Though there are threatening factors, which are mainly about the shrinking natural habitat (high-altitude forests) of the brown bears. This shrink is not only due to the human factors of building roads and increasing number and size of plough fields but also by natural causes. The 2004 storm at Magas-Tátra’s south slope wiped away the hole tree line, also the recent storm has similar effects both the bears and their habitats.

The other threatening factor is poaching, which has grown not only due to the increased price of trophies but the misconceptions about bears aggressiveness, which the people have about them. The Life program has helped this as they not only teaches rangers how to stop poaching and they also teach people how to act around bears and the areas where there might be bears. Dr. Szemeth László docent at the Szent István University told Origo that even though these threatening factors the growth of brawn bear population is still consequent.

The period is important as this is when the mother bears and their cubs go to lonelier places because they want to protect their cubs from male bears. The other group of bears that can be seen in those areas are the younger and weaker bears that flee away from older stronger bears. Both Dr. Szemeth and Dikasz now strongly emphasize that hunting bears is strictly forbidden in Hungary.

So what to do when we meat a bear? According to Dr. Szemethy there is no real risk of getting in close contact with a bear, and if we are on a hike than w toe need stay on the hacking route than there is slight chance of confronting a bear.

Experts say that brown bears are by instinct are not seeking conflict and do not act aggressively, they only attack if they are feel that they are attacked or protecting their cubs. If someone meats a bear they should try to be still as possible and without any sudden movement they should start backing away.

Words by Bálint Kremán for XpatLoop.com