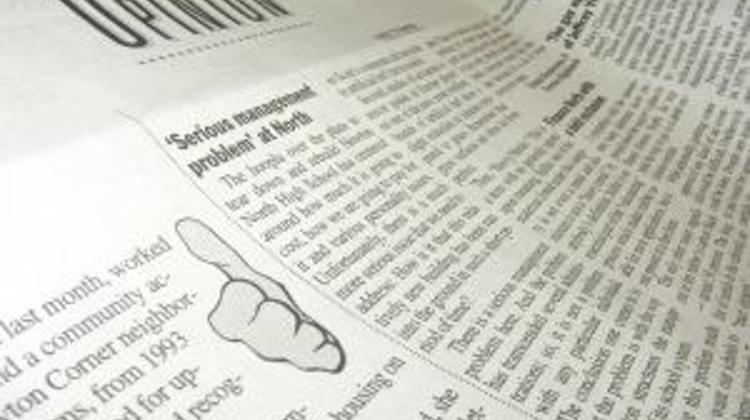 The stepdaughter of a former Socialist Prime Minister lambasts journalists for “ruining a young man’s dream”, as the media buzzes with comments on the younger Orbán’s presence at his father’s side in the VIP box of the Maracana Stadium in Rio de Janeiro, watching the World Cup final.

“Tabloid hyenas have again managed to crush the dreams of a young person,” Anita Tornóczky writes on her Facebook page, provoking sarcastic comments from Péter Erdélyi on 444.

Commentaries on the subject are rich with sarcasm, especially since Gáspár Orbán appealed to 444 to stop featuring him, arguing that he was not a public personality.

The editors answered that he was, because he was present in the VIP box, along with Germany’s top leaders, among others. Magyar Narancs’s blog site devoted two commentaries to the young footballer, to let him know that he is not entitled to any privileges since Hungary is “for the moment” not a monarchy and speculating that he is going as a volunteer to serve in a relief organisation in Africa because he “knows too much” and has to be kept far away from home .

In fact, Gáspár Orbán has told his club that he will retire (at the age of 22) to join the Uganda operation of Empower a Child, a Christian relief organisation .

Tornóczky recalls that she was 24 when her stepfather, Péter Medgyessy was Prime Minister (from 2002 to 2004) and she was accused of “everything being ironed” for her by her father, instead of her performance (as a TV producer and reporter) being judged in its own right.

“Similarly, nobody cares if Gáspár Orbán can contribute to the future of Hungarian football. Is it really so outrageous for a professional footballer to sit next to his father who, since he happens to be Prime Minister, is seated in the VIP box?” she asks. She received angry reactions to her comment, and reacted by first deleting the authors from her list of acquaintances, then finally hid the original comment, to put an end to “the wave of invectives”.