Hungarian National Theatre Ticket Sales Off By A Third 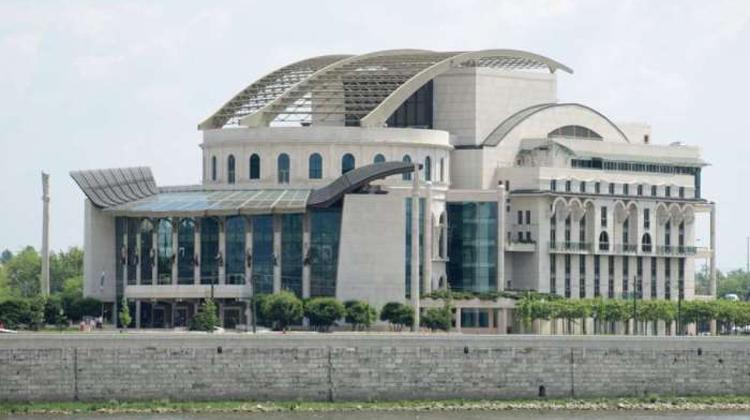 Ticket sales at the National Theatre (Nemzeti Szinház) fell one third in the first year of the artistic stewardship of Attila Vidnyánszky, who succeeded Róbert Alföldi in August 2013 as part of the ongoing “culture wars” waged by ruling party Fidesz against left-wing and liberal establishment figures and cultural institutions.

In the final year of Alföldi’s five-year stint as theatre director, the Nemzeti sold 129,000 tickets, while in Vidnyánszky’s first season he has brought in only 88,000. In 2012-13, an average of 332 people attended each show, while that figure is just 261 this season.

In the spirit of fairness, Hir24 compared Alföldi’s first season with Vidnyánszky’s, and found the numbers once again in Alföldi’s favour: his first season in 2008-09 drew in 115,000 theatregoers, with 288 people at each performance on average. The TV channel also asked the theatre for its income but they claimed they “don’t break down collected data in that regard”.

Meanwhile the audience figures have disproved the prime ministerial commissioner for cultural affairs Imre Kerényi’s prediction that Vidnyánszky would make the National Theatre “just as successful as that of Alföldi, but not only about homosexuals, but love, friendship and loyalty”.

Vidnyánszky took over in August 2013, when the first night performance was Vitez Lelek (Valiant Soul). He appeared onstage and received a standing ovation at the end of the play, which has a theme of renewal after bad times. The months leading up to Vidnyánszky’s appointment had indeed been troubled.

In April 2013 Kerényi had said on television that the Nemzeti would “no longer be about homosexuals”. Vidnyánszky was standing beside him. He shook his head in response but did not comment. Vidnyánszky regretted his failure to immediately distance himself from the remark, calling it “unfair and damaging”. Actor János Kulka responded in an open letter to the Nemzeti that he had changed his mind as regards appearing in Anton Chekhov’s The Seagull.

The tension grew and when Vidnyánszky was addressing his new theatre company for the first time in late August 2013, he even warned them that he was being targeted by hostile forces. “Astounding energies are being focused on my destruction,” he told the crowd, which included his new acting troupe, Fidesz Minister for National Resources Zoltán Balog and Hungarian Artistic Academy President György Fekete, as he launched the National Theatre’s new era.

Politics and the National Theatre have been entwined since a new national theatre was first conceived in 1988. When construction finally began a decade later in Erzsébet square, Fidesz, having won the 1998 election, halted the project and chose its current waterfront, District VIII location. When it recommenced the project, Fidesz faced constant accusations of corruption, nepotism and poor taste.

Alföldi’s final year in charge was similarly politically charged, as the far-right Jobbik party protested for his removal outside the theatre for weeks. Hundreds turned out for Alföldi’s farewell at the Nemzeti at the end of June 2013. People queued for hours for tickets for his last shows, anticipating that Vidnyánszky would immediately remove all of his predecessor’s plays from the roster, correctly as it turned out.

The performances of Mephisto, the story of an artist forced to compromise his art in Nazi Germany, in Alföldi’s final weeks, were electric. In the midst of all the drama Alföldi had become a reluctant public figure, and this year he took part in the Pride parade for the first time. “Why should I leave, when I have to shout?”, he told Magyar Narancs in an interview.