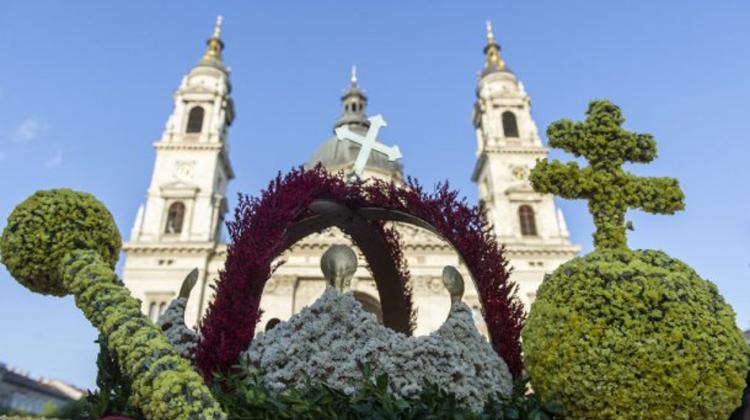 Commentators from both right and left use the occasion of the national holiday to impose their political messages on St. Stephen’s historical contribution.

In Népszava, Richárd Szentpéteri Nagy contends that Hungary cannot celebrate its Constitution on August 20, the day of the foundation of Hungary by St. Stephen. Thanks to the occupation of Hungary by Nazi and Soviet armies in the 20th century, Hungary’s millennial historical constitution was discontinued and can no longer be revived, the constitutional lawyer argues. He recalls that when Hungary regained her sovereignty in 1990, instead of designing a new basic law, the Communist Constitution was amended.

This highly problematic version has now been cancelled by the Orbán government, Szentpéteri contends. In conclusion, he predicts that the Orbán government’s Basic Law and new social system will prove no longer-lasting than the two previous versions.

Magyar Hírlap’s Zsolt Bayer maintains that Europe is in the midst of a deep spiritual and cultural crisis. The pro-government columnist suggests that the Hungarian Right has realized that the old world dominated by markets and neo-liberal ideas is falling apart, and a completely new social system must emerge, while the Left still hamlets for the restoration of the old free-market system.

Bayer believes that the Left nurtures a highly idealized image of the “old world”, which, he suggests, was dominated by cynicism, mediocrity, “media dictatorship”, consumerism, immoralism, and exploitation rather than true democracy. In an aside, he hints that all the basic principles of the old world order were distorted, including freedom, which Bayer believes seems now to have been transmuted into the celebration of homosexuality and atheism.

He also notes that those on the Left who use St. Stephen’s Day to emphasize Hungary’s links to the Western world should not forget that St. Stephen wanted to found not only a Western, but also a Christian Hungary.

St. Stephen’s decision to tie Hungary to the Western Christian world was a moral choice, Szabolcs Szerető writes in Magyar Nemzet. The conservative commentator draws a parallel between St. Stephen’s action, and the opening of the Hungarian border in 1989 which helped East Germans to flee to West Germany.

Through this bold act, Hungary again demonstrated that it wants to belong to Western Europe rather than the Soviet Union, despite the fact that the West has let Hungary down a number of times, Szerető remarks.