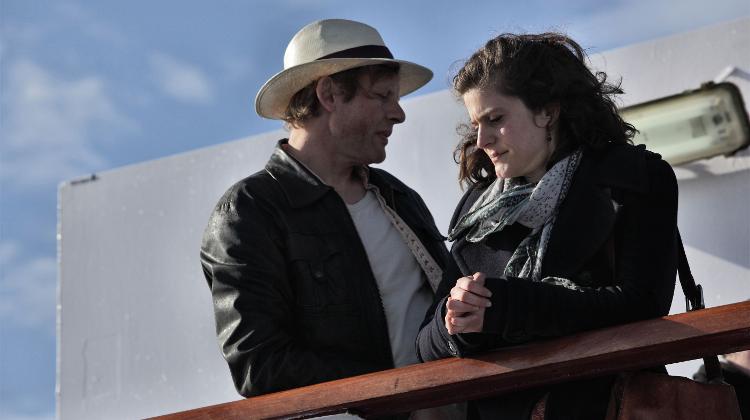 From September 25 – October 3, 2014, the EYEFUL Festival is back for the third time, sponsored jointly by the Embassy of Switzerland, the Austrian Cultural Forum, and the Goethe Institute. They are bringing to Budapest’s Művész Cinema the best of new films from German-speaking lands, including a number of prizewinners.

The films will be shown in the original language, with Hungarian – and some with English - subtitles or voiceovers. Viewers can watch 14 full-length feature films and 4 documentaries. This year, for the first time, a smaller selection of SZEMREVALÓ/SEHENSWERT will be shown in Szeged and in Pécs as well! During the festival a number of these films’ creators will be in Hungary.

At 7:00 PM on September 25, the SZEMREVALÓ/SEHENSWERT Festival will begin with one of this year’s Berlinale nominees, Between Worlds (Zwischen Welten). This powerful film portrays an unusual friendship in crisis-ridden Afghanistan. After the showing, viewers can meet the film’s lead Ronald Zehrfeld, one of the outstanding German actors of our day, who also plays in another of our films, Finsterworld, winner of Best German-language Film at the 2013 Zürich Film Festival.

Viewers at SZEMREVALÓ/SEHENSWERT can choose from 4 documentaries and 14 full-length German-language feature films. The features will be broken down into thematic blocks to give a clear structure. The first trio of films are reinterpretations of the heimatfilm and the Western, Love comes to the protagonists of the WILD AT HEART group, while the films in FAMILY CIRCLE shed light on intimate secrets, and the leading actors in the BY A THREAD group of films are fighting for their lives.

One of the special offerings at this year’s festival is the Swiss film Viktoria – A Tale of Grace and Greed, distributed by Mozinet. Its main character is a Roma girl from Budapest living in abject poverty who boards a train to Zürich to try her luck as a prostitute. Angéla Stefanovics and Zsolt Nagy are particularly memorable in this film. Attending the festival will be director Men Lareida, screenwriter Anna Maros, and the female lead Franciska Farkas. They will meet the public after the screening on September 27.

On September 30 at 7:00 PM there will be a showing of I’m the Goalie (Der Goalie bin ig), winner of the 2014 Swiss Film Award for Best Film, Best Actor, Best Screenplay and Best Film Score. After a year in prison, Ernst returns to the town where he grew up, wishing to start a new life without drugs. This film adaptation of Pedro Lenz’ novel in the Bern dialect deals with the power and beauty of words. After the screening, the public can talk with the writer and with director Sabine Boss.

EYEFUL will close on October 3 with The Dark Valley (Das finstere Tal) from Austria, this year’s Oscar entry from that country. The film won German Film Awards in 8 categories in 2014, as well as Best Cinematographer in Austria’s Diagonale Film Festival. This film adaptation of Thomas Willmann’s successful novel of the same title (one of whose main characters is Tobias Moretti from the TV series Inspector Rex) is the virtuoso mix of an unusual Western and a powerful drama. The public can meet the director Andreas Prochaska after the showing.

Tickets for SZEMREVALÓ/SEHENSWERT can be purchased for Ft 950 at the Művész Cinema starting on September 11. Four tickets at once can be had for a total of Ft 3200. This year for the first time, SZEMREVALÓ/SEHENSWERT offers a selection of films in Szeged and Pécs: at the Belvárosi Cinema in Szeged from September 29 to October 3, and in Pécs at the Művészetek és Irodalom Háza from October 1-10.