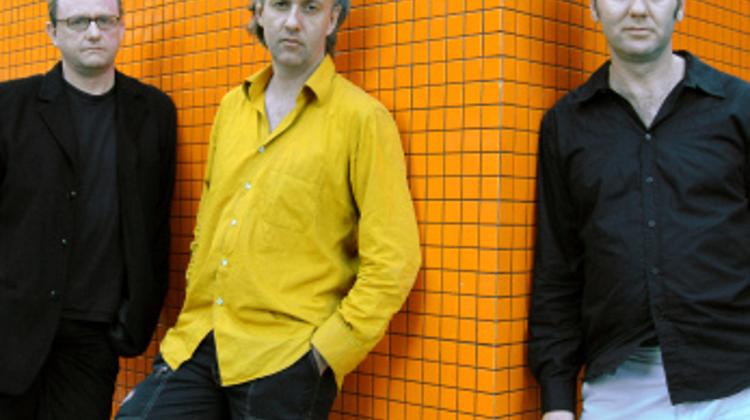 One of the very special events of the CAFe Budapest Festival of Contemporary Arts will be the concert by the legendary Australian jazz-rock-ambient trio, the Necks. Their minimalism built up into monumental forms from very refined elements will be anticipated by the Hungarian Jü featuring a great saxophone player from Norway, Kjetil Møster, who they will present their first album together with.

The Necks are an experimental jazz trio from Sydney, Australia, comprising Chris Abrahams on piano and Hammond organ, Tony Buck on drums and Lloyd Swanton on bass guitar and double bass. The band plays improvisational pieces of up to an hour in length that explore repeating musical figures. As well as jazz, they are strongly influenced by krautrock.

Typically a live performance will begin very quietly with one of the musicians playing something very simple. One by one, the other two will join with their own melodies, all three independent yet intertwined. A piece of music usually lasts about 45 minutes and over this time grows in volume and pace and complexity before petering out. They are quite simply an extraordinary live experience.

The Necks are also well known in Europe. Their soundtrack for The Boys was nominated for ARIA Best Soundtrack Album, AFI Best Musical Score and Australian Guild of Screen Composers Award. They have also recorded soundtracks for What’s The Deal? (1997) and In the Mind of the Architect (three one-hour ABC-TV documentaries, 2000).

Jü means "flow" in Chinese, referring both to the phenomenon of finding one's place in the world and to the experience of "flow" as complete absorption in the moment, in the music. In the case of Budapest-based supergroup Jü, we can confidently say that the members have found their place and each other through music, with each member perfectly complementing the other to make a new whole.

Jü takes us on a journey into musical territory that otherwise would have remained unexplored. Normal categories and genres don't apply. This is ecstatic music, sometimes giving the impression of strictness as themes are energetically exposed in repetitive swirling patterns reminiscent of psychedelic or noise rock spiced with folk and power-jazz from the gut (but without the slightest hint of retro in the mix). By pushing their instruments to new limits, the members push their entranced audiences from the constantly flowing present into the future. The band opens minds with their clean, open approach and spirited improvisation; always pushing each other and the limits of the composition, but never allowing the structure to fall apart.

The band will release their debut album in November 2014 at RareNoise Records, which they recorded with Norwegian saxaphonist Kjetil Møster. Møster probably needs no introduction since his unique approach to his instrument, at once technical and energetic, has made him one of the most respected and sought-after musicians in both jazz and rock circles. His own bands include The Core, Möster, Gibrish and BRAT, while he has also performed with Chick Corea, Pat Metheny, and as a permanent member of Datarock. As demonstrated during their successful concert in Budapest, these three Hungarians and this Norwegian have lived up to the band's name: Jü. Flow. Finding each other. Complete absorption in the moment, in the music

Kjetil Møster is these days mostly known as the sax-player and aerobic instructor of Norwegian electro-rockers DATAROCK, but has since 2000 been playing hundreds of concerts around the world and released around 30 albums with various projects within the field of jazz, improvised music, electro-acoustic noise, contemporary music, free rock and so on. Most active bands has been Ultralyd, Zanussi Five, The Core and Trinity and glam rockers King Midas, but he has also done projects with Chick Corea, Pat Metheny, Paal Nilssen-Love, Bugge Wesseltoft, Jon Christensen, Andrew D'Angelo, Jim Black, Maja Ratkje to name a few.