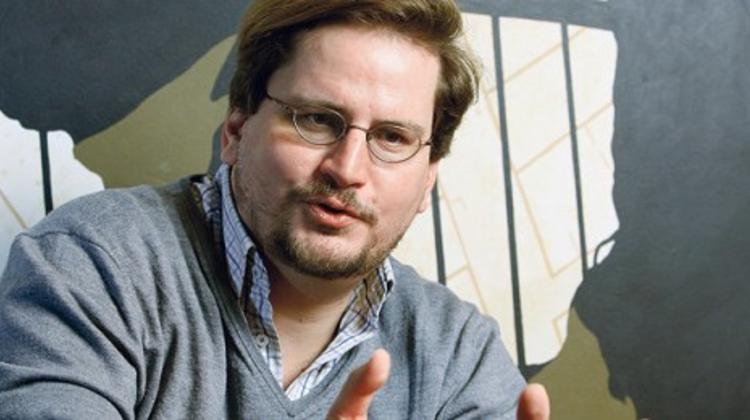 The Hungarian government is attempting to restore large enterprises to Hungarian state ownership. It is working hard to convince foreign owners to sell their assets to Hungarian investors. Heti Válasz offers a wrap-up of the four-year process, which includes, among other sectors, electricity generation and the media.

A Hungarian Facebook group entitled “Nem állunk meg” (We won’t stop) has called on its members to boycott shops of the Hungarian-owned CBA food chain store because it thinks CBA – whose owners are close to the ruling Fidesz party – will be the main beneficiary of the proposed bill to keep major stores closed on Sundays.

Only 3400 persons have joined the boycott yet but it gives an idea about the potential consequences if this movement attains an antigovernment dimension. If Fidesz is doing favors for CBA and other Hungarian-owned chain stores, some Hungarians are ready to side with the British-owned Tesco and worry about the profits of multinational corporations.

There can be arguments for and against whether keeping major shops closed on Sundays and drastically raising the so-called “supervision fee” of foreign-owned food chain stores are an ideal method to improve the market position of Hungarian minor shops but, viewed in an international context, the Orbán government’s efforts to rearrange the Hungarian market is not unprecedented.

Economist Zoltán Pogátsa says that the Orbán government is “acting in compliance with the classical, conservative economic policy of Western Europe of the 1950s and 1960s when it is attempting to rebuild a Hungarian-owned sector of large enterprises, even at the cost of forcing out multinational corporations.” It needs to be recalled that during Hungary’s transition to market economy (1989–1991) the share of foreign-owned companies dramatically increased in the Hungarian economy.

The Hungarian government is using every means at its disposal to restore the balance. Since 2010 it has bought back from foreign owners former state-owned companies for HUF 1500 billion. It addition to purchases, it has rewritten legislation. It has created situations in which market players are reminded what to do if they wish to suffer the least possible loss. That might involve the sale of their stake or the partial or full termination of their activities in Hungary.

Today the turnover of economic sectors and companies where the Hungarian state is the owner accounts for nearly a quarter of Hungary’s annual GDP, that is, over HUF 8000 billion. In some cases the Hungarian state does not wish to remain the owner in the long term as it wishes Hungarian private investors to take over from it.

That is why in recent weeks the Hungarian government has reformulated the tax system for players in retail trade and tobacco industry. Meantime, earlier measures have started bearing fruits in the energy, bank and media sector. Some high-profile companies have been re-nationalized and some foreign companies have exited Hungary but the process as a whole has just started. The multinational companies that operate in Hungary can absorb the reduction of their profitability for years thanks to their wealthy parent companies.

Let us have a closer look at some of the sectors concerned.

Until a few years ago foreign chain stores accounted for about half of the Hungarian food retail market. The ratio has not changed significantly even though the Belgian–French Match and Profi stores have since left Hungary (and have been taken over by CBA and Coop) and Cora has been transferred to Auchan of France. Tesco has retained its market-leading role. After 2010 the Hungarian chain stores: Coop, CBA and Reál accounted for about 44 percent but in 2013 their share decreased to 40 percent.

In recent weeks the rearrangement of the retail food market in Hungary has reappeared on the agenda. The proposal to oblige major stores to keep closed on Sundays would mainly affect the foreign chain stores that have large floor space but it would not spare the three Hungarian-owned chain stores either. That is because only a fraction of the franchise stores of the Hungarian chain stores are small, family-operated ventures. Note that small stores operated by family members will not be affected by the ban on working on Sundays.

The principal tool of the Hungarian government to hasten the departure of the foreign chain stores is the brutal raising of the “food chain store supervision fee.” The fee is levied according to bands, on the basis of the previous year’s sales figure. Take the example of Spar. Until now Spar’s supervision fee has been HUF 320 million. In 2015 it will be raised 30-fold, to HUF 9 billion. In 2013 Tesco had a sales figure of HUF 704.7 billion. On the strength of its sales above the HUF 300 billion band, its supervision fee will be raised 60-fold, that is, to at least HUF 12 billion.

Hungarian politicians are implicitly stating that the foreign chain stores concerned apply accounting tricks not to be obliged to pay corporate tax. If said rule, which will become operative in 2018, were effective today, Tesco, Lidl and Penny Market could terminate their operation right away.

If Tesco left Hungary in the forthcoming years – and that’s not improbable as its parent company is having problems – and its stores transferred to Hungarian ownership, the Hungarian share would increase to 60 percent among the chain stores operating in Hungary.

Note that planned and publicized new Hungarian chain stores, like an initiative by the Magor movement of small agricultural producers or the “Koppány National Stores” have not got off the paper so far.

Some early problems notwithstanding, the year-old system of “national tobacco shops” has fulfilled the government’s plan to place the sale of cigarettes into Hungarian hands. The Hungarian state assumed full control of the sale of cigarettes, which used to be unregulated. The market has been reassigned in the form of concessions. Recently another draft bill has been put forward: it intends to nationalize the tobacco wholesale too. The nationalization of the wholesale of tobacco has been necessitated by excesses at the cost of tobacco shops. Wholesale companies, most of which are in foreign ownership, issue instructions about the appearance of tobacco-shop shelves and determine the percentage of space to be allotted to brands that they favor. Consequently little space is left for the products of domestic companies.

In 2015 measures will be taken against the foreign companies also in the production of tobacco products. The producers will have to pay a so-called “extraordinary health contribution,” which will be proportional to their receipts. The American and British cigarette producers, which control 90 percent of the Hungarian market, will have to pay the brunt of that “contribution.” They will have to pay over HUF 10 billion while Hungarian firms: Continental and Róna Dohányfeldolgozó (Róna Tobacco Processing Company) will only have to pay a fee in the magnitude of tens of millions of forints.

Other major banks (Raiffeisen and Erste of Austria and CIB of Italy) have been loss-making in Hungary for years. Despite the governmental measures that further deteriorate their situation: bank tax, a charge on financial transactions and the government’s package of measures to assist FX-mortgage borrowers, those banks are standing their ground.

Citibank (United States) and Budapest Bank have decided to sell their retail operation in Hungary. OTP Bank is a potential buyer of the first and the Hungarian state will buy Budapest Bank. That means the share of the Hungarian state will further increase. The two purchases do not give Hungary control over 70 percent of the bank sector yet but observers say that when the recently founded bad asset management company (Állami Eszközkezelő) starts to buy non-performing loans of commercial banks, that target will come closer.

Meantime the Hungarian government is busy building a system of national financial services, whose components will be the savings cooperatives, FHB Bank, the state-owned Hungarian Development Bank (MFB) and the Hungarian Posts.

4. Energy sector – a non-profit utility company is in the offing

The Orbán government has spent HUF 1000 billion to repurchase energy firms, which had been privatized in the 1990s. Purchase is not the only method applied to convince foreign players to leave Hungary. Another measure is launching a non-profit energy utility company, which will be a rival that asks low prices. There is guesswork suggesting that the Hungarian state plans to nationalize every company that is related to public utility services because, so the argument goes, that is the only way to guarantee the reliable supply of the population and the further reduction of the utility bills. Other countries also attempt to ensure that their own state-owned or local government-owned firms should provide energy services, which are of strategic importance.

When the second Orbán government took office, most of the Hungarian gas industry was in private ownership. The situation changed when the ownership stake in MOL was repurchased from Surgutneftgaz of Russia and some companies of E.On were bought.

The state-owned energy wholesaler Hungarian Electricity Works (MVM) plays an important role in the restructuring of the Hungarian energy market. MVM has bought the gas wholesale and gas storage companies of E.On of Germany. Now MVM has expressed readiness to buy E.On’s two gas distribution firms, gas and electricity service providers and customer service firm. If MVM can buy all of those, the Hungarian state will retake the function of serving nearly three million customers.

Having purchased Főgáz, the Hungarian state already controls 15 percent of Hungary’s gas supply market. Another development promoting the nationalization of the energy sector has been that GDF Suez of France is transferring to the MET Group (in which MOL owns a stake of 40 percent) its division that does retail trade of electricity. MET has already bought Dunamenti Power Plant from GDF Suez.

No further steps have been made by the Hungarian state yet. However, regulatory measures have also been applied in the media market. The highest category of advertising tax has been raised from 40 percent to 50 percent. That tax is also levied according to bands of earnings.

The advertising tax is used as a tool to convince Hungary’s No. 1 commercial television: RTL Klub (whose center is in Luxembourg) to leave Hungary. In this connection RTL has filed a complaint with the European Commission. In Hungary RTL Klub has a share of 13.5 percent in revenues but is obliged to pay HUF 5 billion, which is over half of all the advertising tax paid in Hungary. That special tax affects to a lower degree the loss-making TV2, which has lower earnings.

Class FM, which has a monopoly position in the market of commercial radio stations, is also in Hungarian ownership. In print press changes have occurred that weaken foreign ownership. For example, the Central Media Group of domestic ownership has bought the journals and magazines of Sanoma of Finland.

Népszabadság, Világgazdaság, Nemzeti Sport and county papers, which used to be owned by Ringier and Axel Springer, have been bought by Mediaworks Hungary Pte. Ltd., which is owned by the Austrian Vienna Capital Partners. Foreign ownership remained in those papers but some say that this is only temporary and even that portfolio might be offered for sale in the future.