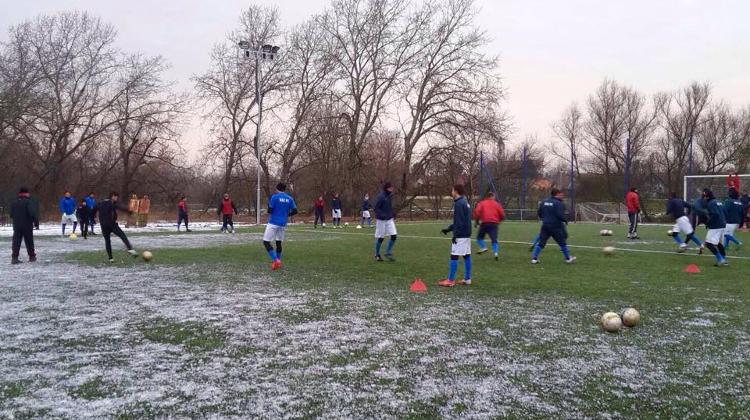 This week the professional team braved the cold conditions and started their preparations for the second half of the season. The first competitive NB3 league match will take place on March 1st.

However, before the campaign recovenes Coach Csank will subject his team to 54 training sessions with 13 training matchs. Most of the games will be against teams from NB2. In addition, the team will travel for a 3 day training camp at Hajdúszoboszló in the east of the country.

For now, no transfers in or out of the club have been confirmed. However, our sources tell us that there will be a number of new players coming in – Vác need to strengthen.

Players currently on trial with the team are Gulyás Máté, a left back and former Vác player. Kószás Krisztián & Toth Barna from Puskás Akadémia are also under strict assessment.

Good news on the injury front, Szeleczki Alex has recovered from a long lay off and has participated in several traning sessions with no reoccuring issues.