András Simonyi: Orbán Is Off Course & Heading Down The Wrong Track 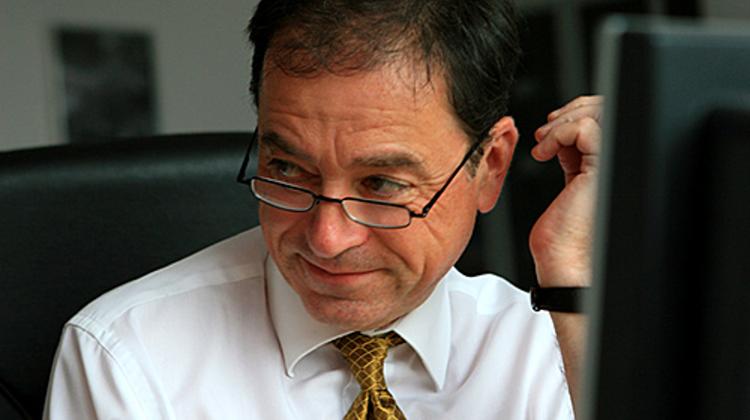 The first half of our interview with András Simonyi, Hungary’s former ambassador to NATO and the United States, was published on Thursday, February 19, 2015. The interview took place on Wednesday, February 18, the day after Russian Federation President Vladimir Putin paid an official visit to Budapest. Mr. Simonyi is presently managing director for the Center of Transatlantic Relations at the Paul Nitze School for Advanced International Studies at Johns Hopkins University in Washington, DC.

“The problem with this is that if you stretch it too far, you end up with Mr. Putin who is building exactly on that logic. And I don’t like it.”

Simonyi says that not all so-called ethnic Hungarians want to be part of Hungary proper, and many do not want to be supported by Budapest. He cites numerous discussions he has had with Hungarians living in Vojvodina, Transylvania and Slovakia, who said they don’t want to be taken care of by the Hungarian government.

He says it is important to see this “complex and emotionally charged issue” in context and to “refrain from labelling people as unpatriotic if they don’t share one’s opinion.”

Simonyi sees issues concerning the rights of minorities as especially relevant with regard to Hungarians living in Ukraine, but believes Prime Minister Viktor Orbán’s “aggressive politicizing” is doing much more harm than good, especially at a time when Ukraine is at war against a separatist army supported by the Kremlin.

“I would have given full support to a free and democratic Ukraine exactly because I want the Hungarians to be protected and have their rights protected. I think it’s a big mistake to side with Russia if you look at the Ukrainian problem from the point of view of Hungarians living in the Ukraine. And I think that Hungary has done a lot of damage to the future of Hungarians living in the Ukraine by siding with the Russia that is waging a war against Ukraine,” he says.

“Ukrainians feel let down. A superpower is attacking their country and Hungary wrongly embraces that superpower. It’s not going to help that Hungarian minority,” Simonyi says.

Simonyi calls M. André Goodfriend “one of the most interesting diplomats ever to serve in Budapest.”

As a former diplomat himself Simonyi believes he too embraced outside-the-box thinking and says it was very interesting to follow Goodfriend’s style and approach.

“His way of working as a diplomat was different from the way of traditional diplomacy but I think it was just fine. He didn’t overstep his boundaries as a diplomat. And he did what an American diplomat is supposed to do, which is to make clear what the United States stands for and what the US expects from an ally that owes its security almost entirely to the United States. He reached out to the underdog, he reached out to civil society, he made clear that transparency, openness and the fight against corruption are important issues for the United States.

“He did an interesting job. Personally, I hate to see him go but he will be remembered for a very long time as a very important American diplomat who basically, maybe unknowingly, became a true rockstar in Budapest within a year and a half. That’s amazing. ”

It’s important to remember that Goodfriend’s actions were not stand-alone actions, says Simony.

“You don’t just invent positions without clearing it with the State Department. He had to have the backing of the State Department and I think it’s important to understand how diplomats work. So don’t have illusions about him being a rogue diplomat who went out on a rampage and did all kinds of stuff he wasn’t supposed to do. That’s a misunderstanding. But the way he did it, the way he executed this, the way he interpreted his orders from Washington was very personal. And it’s good if a diplomat has a personal touch.”

Simonyi doesn’t want to speculate on the nature of the US visa bans targeting six Hungarian officials and businessmen over alleged corruption or benefitting from it, but he does believe the bans are “a very strong message.”

On staffing overhauls at the Ministry of Foreign Affairs and Trade under Tibor Navracsics and then Peter Szijjarto, Simonyi says one must look back a quarter of a century to better understand why this has happened.

“Twenty-five years ago the Hungarian Foreign Ministry was as good as it gets. It was professional, non-ideological, there were of course people who were ‘communist’ and preaching the old message, but all in all it was a professional, well-trained Foreign Ministry—one of the best in Europe, without which the changes in Eastern Europe would not have happened.

“The problem is that each government purged the previous government’s diplomats and over the years this kept getting worse and worse. Unfortunately, this cycle is endemic to the Hungarian foreign service.”

The former Hungarian ambassador to NATO (2000-2002) and the United States (2002-2007) says he is not familiar with the latest generation in the Hungarian foreign service but notes that he is not seeing the kind of personalities that used to be under foreign minister Janos Martonyi. Nor does he think it matters.

“They have basically given the Hungarian Foreign Ministry the role of being only executors of a policy that is made in the Prime Minister’s Office. It breaks my heart because foreign policy and diplomacy make up the immune system of any country.”

Simonyi says that the reason illusions exist today regarding Hungary’s importance and room for manoeuver is because “professional diplomats have been purged and professional diplomats are not being listened to,” adding that “it is exactly because of this that the Hungarian leadership has lost a sense of reality. And that’s bad.”

He says that when he served as ambassador to the United States embassy the staff featured a large number of Fidesz supporters.

“That’s not a problem, but you have to know that foreign policy should be consensus-based and you have to do what’s right for your country, which sometimes means swallowing your pride and not letting your own political beliefs get in the way of helping you do your job fostering a stronger relationship with your country’s allies. Unfortunately this is not happening any longer and it breaks my heart because this is not helpful to Hungary.”

Why Géza Jeszenszky’s opinion is important

“He’s a good man,” Simonyi says of Géza Jeszenszky, who stepped down as Hungarian ambassador to Norway in the wake of 2014’s attack on Norway Civil Funds administrator Okotars and beneficiary NGOs by Hungary’s Prime Minister’s Office.

“I have a great deal of respect for Géza Jeszenszky. And I don’t say this easily because I did not always have this view of him, but it has changed. Any comment he makes [about Hungary’s current foreign policy] is about a thousand times more important than any of my comments because he’s a conservative, he’s a former foreign minister, he is a person that has been part of Orbán’s government as the ambassador to Norway. I think it’s very important if he speaks out.

“[Jeszenszky’s] comments are very important. Not because he goes against Orbán, but because it is only the conservatives that can maybe convince Orbán that he’s off course and heading down the wrong track. I think it’s important that people like him engage in the debate.

“I am someone who is clearly not on the Fidesz side but I support someone who embraces the values that I embrace. I don’t care which party he belongs to. There has to be a better way of reaching out to each other. This is a curse of Hungary, and only people like Géza Jeszenszky can help break this.”

Why pick a fight with Norway?

“The Norwegians are our friends! Why pick a fight with the Norwegians? It’s ridiculous! Hungarians try to portray themselves as the fighters and the descendants of the Huns which, of course, is ridiculous. I have news for you, the Norwegians are Vikings, they’re fighters, they don’t give up, they’ve lived with the harsh sea forever! They can fight. And I think the Norwegians are going to fight for their values. What they’re doing is strictly value-based. There is no strategic interest for Norway to beat up on Hungary. None! Zero! We don’t have fights in the European Union. We don’t have fights in NATO. We don’t have conflicting economic interests! Their foreign policy is a value-based foreign policy. I have a great deal of respect for the Nordic countries, including Norway. Why pick a fight with the Norwegians? Ridiculous.”

“There are some crazy people out there who are nurturing this idea. You know, the whole conversation we’ve been having is, for me, about where do I see Hungary 10, 15, 20, 25, 30 years from now. If Hungary is continuing on this track, Hungary will be left behind. Hungary will be a provider of finished goods to the rest of the world. It will not be the country that invents new things. It will not be the country that develops new products, new services, new art, new concepts, new social models. If that happens that would be a disaster.

“Hungary’s got to find its way back to being one of the top countries in the world. What we’re doing now is not going to be a foundation for that. I just hope that Mr. Orbán comes to his senses, that he wakes up one morning and says, ‘Hey, this was all wrong. Let’s turn around 180 degrees.’ And you know what, he can do it and his people would follow him. ‘Hey boss, we agree with you, we were all wrong. We’re sorry. Let’s follow you in the other direction.’ He can do it. and I just hope he will.”