President Putin’s Budapest Visit Could Be Of Crucial Importance 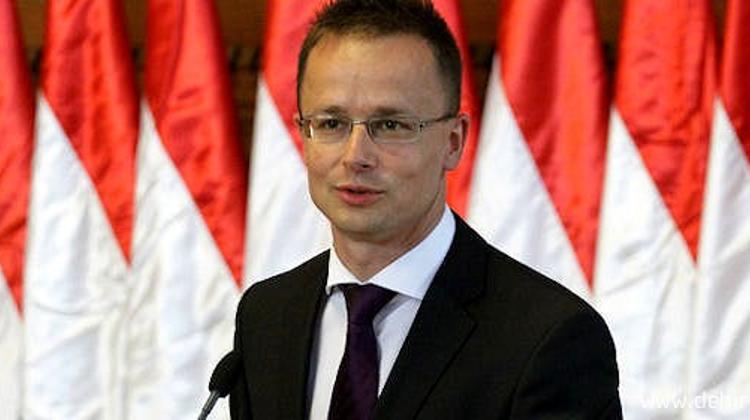 Russian President Vladimir Putin’s visit to Budapest on 17 February could be of crucial importance in terms of Hungary’s energy security, Minister of Foreign Affairs and Trade Péter Szijjártó told MTI.

The Minister explained that Russia will remain a key factor in Central Europe’s energy supply in the upcoming years, so it is impossible for us "not to hold continuous consultations with Russia".

Moreover, the country is Hungary’s third most important trading partner and the decline in Hungarian-Russian trade has a serious impact on the entire Hungarian foreign trade, and thereby on the performance of the national economy as a whole, he explained.

As a result, ways to boost bilateral trade cooperation will also be on the agenda during the visit of the Russian President.

Péter Szijjártó reminded that Hungary’s agreement on long-term gas transport expires this year, and since Russia is Hungary’s biggest gas supplier, this issue must be settled in a satisfactory manner. This is the reason why President Putin’s visit is of crucial importance in terms of the country’s energy security, he stated.

As he said, currently Russia and Turkey are negotiating on gas transport; no legally binding agreement has yet been signed, that is why it is important to learn the standpoint of the President of Russia.

All we know right now is that Russia is indeed planning to transport the gas, originally intended to be transported through the South Stream pipeline, to Turkey, but there are many questions left open in terms of price and route.

The Minister is of the opinion that the first thing we should know is when gas transport through Turkey can start, second, by which route, and third, who will finance the infrastructural and technological investments.

Currently, the infrastructure necessary for gas transport is missing, the construction of it would require huge investments and the countries along the route are unable to finance it alone, he emphasised.

The role of the EU is evident in this respect since we already know "which projects will not be supported by the EU with regard to Central Europe’s energy security, now it would be good to know which ones would be supported then".

Central Europe’s energy security is not a Central European matter but a European issue; the funding of the investment is unimaginable without the European Union’s participation, he declared.

Talking about the Paks nuclear power plant project, the Minister said that "everything is on track, the contracts have been signed". He negotiated with the Minister of Energy in Moscow who assured that there was no need to worry as Rosatom would fulfil its commitments.

He also mentioned that the Ukrainian conflict will obviously be on the agenda during the negotiations with President Putin. Hungary’s standpoint is "evident: the Ukraine conflict must be resolved in a peaceful manner through negotiations!” Hungary is interested in peace for several reasons.

First, Ukraine is a neighbouring country; second, 150,000 Hungarians live in the country, and Russian gas arrives to Hungary through Ukraine.

According to Péter Szijjártó, considering the fact that the Chancellor of Germany, the Georgian Prime Minister and the Foreign Ministers of Serbia, Poland and Montenegro visited Hungary this month and the President of Russia as well as the Prime Minister of Turkey are yet to arrive in Budapest, "it will be hard to talk about Hungary’s isolation without running the risk of looking ridiculous".

President Putin has recently met the Chancellor of Austria and the President of Finland as well and holds regular consultations with other European leaders.

The President of Russia arrives in Hungary for a working visit, reciprocating Prime Minister Viktor Orbán’s earlier visit to Moscow. Péter Szijjártó said that their allies had been informed about the scheduled meeting before it was made public.