Szijjártó: Untapped Gas Good For Hungary For Next 3-5 Yrs 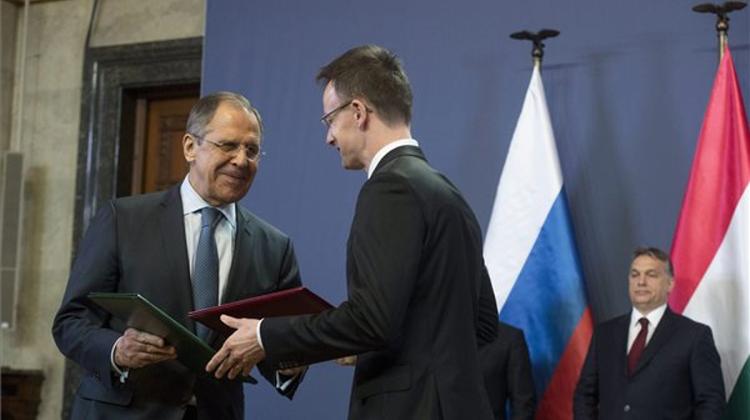 The gas under Hungary’s current contract with Russia which has not been used will be good for another 3-5 years under a political agreement reached between the Russian president and Hungary’s premier, according to which this untapped gas can be used in the upcoming period, the foreign ministry estimates.

In an interview to public television, Péter Szijjártó, minister of foreign affairs and trade, said Hungary can use 22 billion cubic meters of gas that has not been tapped under the expiring contract with Russia from the start of 2016. Hungary will only pay for every amount tapped, he noted.

Asked about the price to be paid, he said experts would work out a price formula which is reasonable for both sides. He added that world market price developments will have to be taken into account in the new price agreement.

It is in Hungary’s interest that Gazprom should fill Hungary’s gas stores with a capacity of 7 billion cubic metres with as much volume of gas as possible.

On the one hand this means revenues while on the other it increases energy security, he said, adding that the political will was there to achieve this, he said.

Put to him that coinciding with the joint press conference of Vladimir Putin and Viktor Orbán was a Wall Street Journal interview with Maros Sefcovic, the European Union’s energy affairs commissioner, who said the EU should be drawn into Hungarian-Russian gas negotiations, Szijjártó said Hungary wished to fulfil all EU rules.

Energy security in central Europe is at once a European issue and its responsibility.

The minister added that the EU should go beyond drawing attention to regulations and should take steps, too, to ensure that all countries, including Romania and Croatia, fulfil their EU obligations.

He noted that Hungary cannot buy gas from those two countries because they have not completed the necessary investments, and this violates EU regulations.

The EU should just as much preoccupy itself with compliance with the available infrastructure rules as with how certain contracts in the future meet EU laws, he said.