Farewell To Sunday Shopping In Hungary 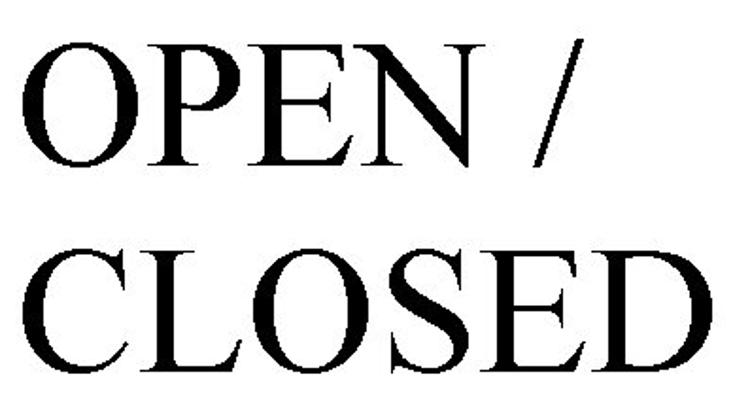 As we all probably heard about it, Sunday shopping is about to change in some surprising ways. March 8th will be the last Sunday on which we can all enjoy our final pleasant, unrestricted shopping.

A law that has been passed at the end of last year is about to go live and since March 15th is a public holiday, March 8th is indeed the last Sunday on which the government does not tell us where to go shopping.

This, however, does not mean that we will be stuck at home with nowhere to go. The law still allows malls to remain open, especially those with movie theaters. So we can all be happy having something to do, just forget about buying food on a Sunday for an idyllic family lunch or a romantic dinner.

Another interesting factor of these upcoming changes is that the National Tobacco shops are not restricted by this new law, so we can freely continue to destroy our lungs but shopping for healthy beverages is no-go. Gas stations and pharmacies will also remain open along with fairs and markets. Bakeries are restricted on Sundays as well but are allowed to be open till noon. (Source: portfolio.hu)

The approved limitations do not only hurt Sunday shopping. The law also affects the opening and closing times of shops on weekdays. Shops will only be allowed to stay open between 6 am and 10 pm so no more running down to the local non-stop corner shop after 10 pm when you ran out of beer or cat food.

So far, I have not managed to find too much logic in these decisions but as usual, we adapt and accept. Aristotle would probably not use these recent changes as an example for his statement that “Law is order, and good law is good order.”

So far, it is not yet clear which shops exactly will remain open on Sundays, but a list of malls that are allowed to operate has been published by Napi Gazdaság. A translated version of this list can be found at the end of the article.

All in all, supermarkets are not satisfied with the previously mentioned decisions, and are planning to extend their opening and closing times on weekdays and Saturdays. I am sure we are all a bit disappointed with these somewhat questionable decisions but there are always numerous possibilities for spending time in Hungary, other than shopping.

Words by Daniel Csaki for XpatLoop.com