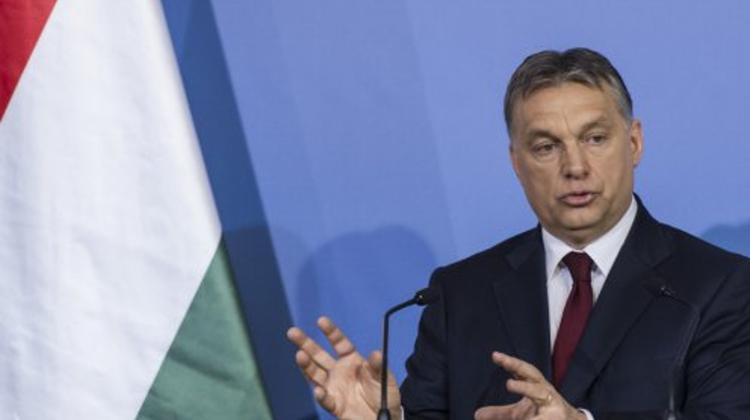 At an extraordinary general meeting of ambassadors of Hungary, Viktor Orbán defined the basis of Hungarian foreign policy doctrine – independent foreign policy based on national interests – by saying that Hungary is not looking for uniformity of interests with influential countries, but the aim is to ensure that Hungarian success is in other countries’ interests.

Pursuing an independent foreign policy is sometimes uncomfortable, but in the long run only a sovereign foreign policy is profitable, the Prime Minister said at the meeting in the Ministry of Foreign Affairs and Trade. The interests of Hungarian foreign policy do not necessarily coincide with those of the most influential countries, such as Germany or the United States.

The Prime Minister said that what is needed to achieve Hungarian success is not academic knowledge, but the kind of business insight that is indispensable for converting promising results into solid gains.

The basis of foreign policy confidence is two-fold: restraint and well-founded self-confidence. According to Mr. Orbán, this will be based on the success of the Hungarian economy; in other words, after long decades, economic growth has finally been achieved independently of borrowing.

The Prime Minister pointed out that as Hungary is part of the Western world, there is no need for “westward opening”. In Hungary two referenda were held – on Hungary’s membership of the EU and of NATO – which reinforced the country’s integration into the West, and therefore no public representative can question that. The most visible area of cooperation with the West is participation in military coalitions, he added.

In his view, the policy of eastward opening has been successful; however, those processes that have been started have to be finished by the end of the year, so he is also planning to visit Singapore, Indonesia and Malaysia.

Southward opening has to be implemented in the next year or two, and this new target area for Hungarian foreign policy will be Latin America and Africa – a region which the Hungarian government expects will undergo stabilization. This is why Viktor Orbán asked the heads of embassies to adequately prepare the conditions for southward opening. Minister of Foreign Affairs and Trade Péter Szijjártó will begin his visits to these areas, followed by visits by the Prime Minister in 2016.

Viktor Orbán placed Hungary’s geopolitical situation – specifically in relation to Germany, Russia and Turkey – within a framework that was established a thousand years ago. It was no accident that the heads of these three countries visited Budapest at the beginning of 2015, he said.

The destabilisation of Ukraine runs counter to the interests of Hungary, Mr. Orbán said. The territorial integrity and existence of Ukraine is a top priority: referring to the Hungarian community in that country, the Prime Minister said that “we have two hundred thousand arguments for peace.”

He defined the heads of Hungarian embassies’ tasks: during the two-day conference, they should assess whether and to what extent the centralisation of responsibility had been implemented in their embassies and associated organisations. In this regard, every embassy should set guidelines for commercial and cultural representations operating in the same city.

According to Mr. Orbán, unlike previously, it is the ambassadors who should practice employers’ rights in institutions of foreign missions, and it is they who should reward and censure.

At the end of his speech, Mr. Orbán asked the heads of embassies to pursue a Hungarian-friendly, partnership policy. “If we strip relations between nations to their bare bones, there are only two kinds of relations. You are either a servant or a partner. A partner that is not equal will become a servant – it is just a question of time,” the Prime Minister concluded.