Regional Survey: Why Do East European Expats Stay In The West? 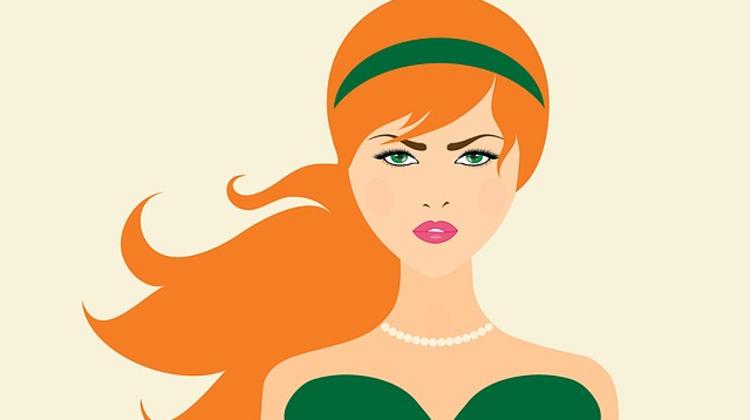 Many of the Hungarian expatriates in the West originally meant to work away from home just for a few years but eventually they never return. Most of them remit money to their relatives but, paradoxically, the remittances might have a negative effect on the Hungarian economy.

A scientific career is in some way similar to what guild members experienced centuries ago. You cannot become a master if you only work in a single laboratory. If you wish to learn new methods, you have to go to places. It was exactly that desire for experience that motivated Kata Sarlós, a molecular biologist, to move to Copenhagen with her husband in 2012 after she had obtained her PhD.

They had meant to spend just a few years in Denmark, after which Kata was to apply for a grant to organize a research team in Hungary. “I’ve been toying with that plan for long and it still has some viability but it’s not as realistic as it used to be,” she says. Obviously it would be fun to go hiking in the Buda hills, eat lángos [potato cake] in a covered market in downtown Budapest or fried whiting on the shores of Lake Balaton, she says, but, at the end of the day, they have decided to stay for many more years because they don’t like what’s happening in Hungary.

As many Hungarian expats as many motivations to stay abroad. Marcell Tanay, managing director of EUwork agency, has told Figyelő that Hungarian expats often decide not come home if they get promoted at their job. Homesickness is allayed also by the fact that relatives back home encourage them to stay. In London, Bristol and Regensburg, to mention just a few such cities, there are so many Hungarians that it’s easier adjusting to the host society with the help of fellow Hungarians.

In 2014 Kftkreator, a company that offers the service of forming enterprises in a couple of foreign countries, announced that according to its estimate, there are more than 600 000 Hungarians working outside of Hungary. By contrast, the Hungarian Central Statistical Office (KSH) says that as of late 2014, “only” 111 000 Hungarian citizens were working outside of Hungary for a period less than a year.

Note that ever since Hungary has joined the European Union in 2004, the movement of labor has not been followed so closely. As a consequence, all such data are imprecise.

The KSH only covers expats who continue being a member of a Hungarian household but those taking the entire family along disappear from the radar. The most reliable data to date have published by the SEEMIG project in fall 2014. Eight countries take part in SEEMIG (South Eastern Europe Migration) and the KSH is a senior partner in that scheme. SEEMIG says that there are about 350 000 Hungarians around the world who left Hungary since 1989.

Young people are overrepresented among them as over 60 percent are under 40. Those expats have higher schooling than the Hungarian average.

Half of the Hungarian population has at least a secondary school-leaving exam but the ratio is 66 percent among the expats who left Hungary after 2009. Though the situation is not very good, Hungary is still better off than the majority of the neighboring countries.

In Romania the ratio of expats compared to the total population is more than three times higher than in Hungary, and in terms of that ratio, Hungary is slightly better off than Slovenia and Slovakia. A footnote: those data are from early 2013, which means that we don’t know about the developments of the past two years.

Emigration has been strong from Poland too. That trend began in around 2000 when a populous cohort that was born between 1979 and 1984 attempted to enter the labor market. Unemployment skyrocketed. In Poland in 2004 unemployment among the under-25 Poles was close to 40 percent. In addition the Polish economy was underperforming.

The situation is even worse in Romania. Bleak economic prospects and animosity towards the national and ethnic minorities triggered waves of emigration as early as in the late 1980s. And when Communism fell in Romania in 1989, emigration became a kind of exodus. Says Irén Gödri, senior researcher at the Demographic Research Institute of KSH:

Since 1989 “emigration from Romania has had several periods. Its intensity, directions and character changed with time – partly because of the changes in the immigration rules of the destination countries. Romania joined the European Union in 2007 and in just one year the number of Romanian citizens living in some other European Union country vaulted to 1.6 million. Today the figure is put between 2.8 and 3 million.”

The economy of Romania and Poland has strengthened since the 1990s but that couldn’t stop the negative tendencies. Once emigration reaches a certain high level, it’s easy to get sucked up into a negative spiral. That’s partly because more people get first-hand information about the opportunities abroad. It becomes less scary to leave one’s native country. Irén Gödri continues: “Research has found the same tendency in Hungary.

Migration and looking for a job abroad have become part of everyday popular thinking. For young people it has become an option when formulating a vision of the future. It’s called ‘network effect’ and Hungary was free from it until a few years ago.”

Gödri adds that large-scale emigration from Hungary began later than in some of its neighbors also because of the relatively high level of welfare services. Between 2004 and 2008, for instance, the number of Hungarians entering employee registers in the United Kingdom was only half of that of the Slovaks. Another factor was Hungarians’ low standards of speaking a foreign language.

Migration from Hungary began in earnest only in 2007 when the economy started sliding. The shock of the crisis in 2008 gave another punch in the gut. Incidentally, that was when additional EU countries lifted labor market restrictions. After Germany and Austria removed the restrictions in 2011 the process gathered further momentum.

Marcell Tanay is of the view that “trades that don’t require a certificate of a skill are very popular among expats. Many Hungarian white-collar people work in blue-collar jobs at freight transport companies or at warehouses in the United Kingdom and Germany.”

As there’s a shortage of labor at hospitals in western countries, Hungarian applicants are welcome. In 2014, 1943 Hungarian health service employees applied for a license to work abroad from the Office of Health Authorization and Administrative Procedures, that is, only 7 persons fewer than a year before. Among nurses and physicians the tendency of emigration is slightly decreasing but it is increasing among pharmacists and obstetricians. More than half of those parting with Hungary are under 35.

Even the National Bank of Hungary has noticed the outflow of labor so in 2014 it commissioned a study to look into it. It is a somewhat puzzling finding of the analysis that the effects of the remittances are not necessarily positive. The SEEMIG Project has found that 32 percent of the Hungarian male expats remit a part of their income home but that assistance appears to weaken the beneficiaries’ readiness to find a job.

The NBH’s study adds: if a lot of people leave Hungary, those remaining within the country can have the impression that it has come easier to find a job, which means they exert themselves less to hold down or enter a job. The net consequence can be decreasing productivity.

It’s not only members of the lower and middle classes that find career opportunities abroad enticing. Current tendencies are also favorable for Hungarian managers to test themselves abroad. Says Norbert Nagy, executive partner of Stanton Chase, a global headhunting firm: “In recent years large multinationals have taken up the habit of merging their regional management teams.

As a consequence, when candidates are sought for vacancies in the executive suites, nationality doesn’t really matter.” However, the painful chapter of the story comes when such a manager wishes to return to Hungary. It’s difficult to stomach that in Hungary there is a much-much narrower range of opportunities than in the West. Nagy usually tells his clients to start planning the return phase early on.

That said, the Hungarian managers are still not as mobile as their peers in western Europe. Some top managers reject moving anywhere outside of Budapest, let alone abroad.