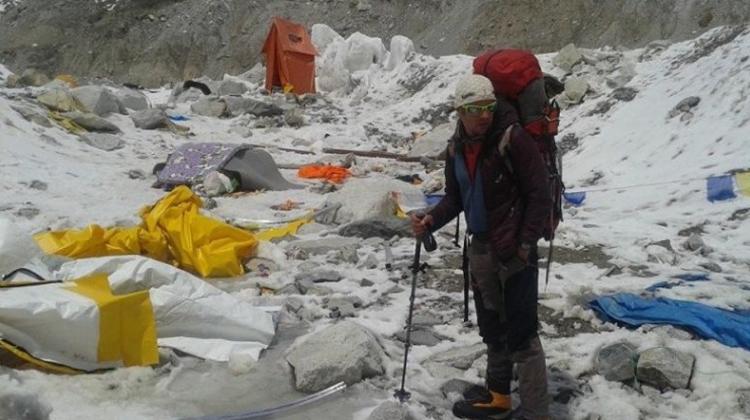 Ethnic Hungarian mountaineer Zsolt Török, of Arad in western Romania, is alive but stranded at Mount Everest’s base camp having lost his tent and entire equipment to an avalanche that swept across the mountain in the aftermath of the earthquake, it has been reported. Mr. Török has also lost all of his clothes except for what he was wearing at the time.

According to the news website maszol.ro, the natural disaster has probably spelt the end of the exhibition in which he was taking part because not a single sherpa is prepared to climb the mountain.

A co-climber reported that the Hungarian mountaineer’s legs have been badly effected by the long time spent at Camp I and he is unable to proceed on foot to the nearest airport. He is now attempting to be transported via helicopter to the capital Kathmandu.

Zsolt Török was struck by the earthquake and the ensuing avalanche at the side of Mount Everest and was staying at Camp I before being taken to the base camp on a helicopter. He is the only member of the Romanian expedition to remain in the base camp, the other three climbers having left downwards.

The ethnic Hungarian set out from the country’s capital Bucharest on 4 April as the member of an international expedition to climb Mount Everest.