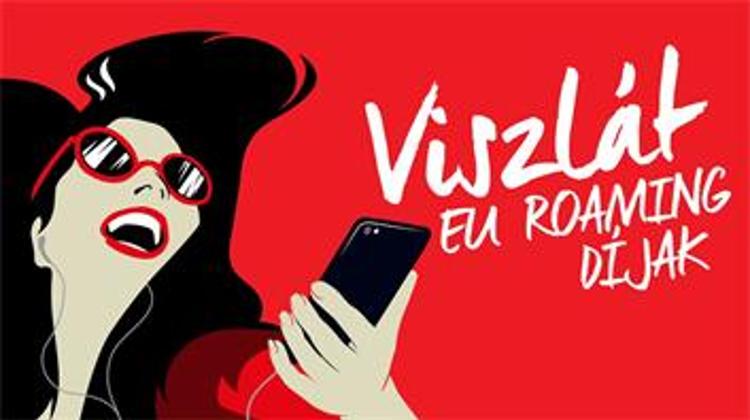 ‘From April 1st Vodafone Hungary will refresh its consumer and business Red packages, abolishing roaming charges in Europe - a step that's unparalleled not only in Hungary but even in an international context.’ – announced Diego Massidda, CEO, at the press conference held on Wednesday. As he explained, Vodafone has introduced a number of market innovations over the last few years with huge advantages for the customers.

Vodafone’s mobile broadband coverage, currently at 98.4% of the Hungarian population, is still by far the largest in Hungary; and it is outstanding even in a European context and within the Vodafone Group.

Moreover, the operator has introduced the Europe Daily Ticket, which allows roaming at home tariffs for a small daily charge, and remains unmatched to this day. Vodafone’s Red packages have completely transformed the market by offering for the first time unlimited national talk and text messaging (SMS).

As Diego Massidda explained, Vodafone Hungary continually improves its services and product offering, in response to customer requirements: as a consequence, over the past few weeks the operator has also liberalised the usage of web-based voice and messaging services, by lifting all restrictions on VoIP services, and launched the unique Red Mozi unlimited video service, with an unparalleled offering of films and TV series.

From today, for the first time, the subscribers of Vodafone Hungary will be able to use their new retail and business Red EU packages to make calls and use their data allowance throughout Europe as if they were at home, at no additional cost. Moreover, with the new World Ticket service, they can enjoy their unlimited domestic calls and texts and their full data allowance also outside Europe, in the most popular countries of the Americas, Africa and Asia, for a fixed daily fee which works in the same way as the existing Europe Daily Ticket.

‘While visiting another European country, with the Red EU Roaming service our Red subscribers will be able to use their phones as if they were at home; meaning that during their travels they will not have to change their calling or data usage habits at all.’ – emphasised Alexandre Froment-Curtil, Consumer Director at Vodafone Hungary.

With the Red EU Roaming service, Vodafone will continue to offer subscribers unlimited domestic calls and texts for a price starting from 9 990 HUF, while extending this to unlimited calls and texts home from the European Union, Iceland, Liechtenstein, Norway, Switzerland and Turkey.

‘As part of Vodafone’s offering, the extremely popular EU Daily Ticket will remain available to all postpaid retail and business customers, and, along the same lines, from April 1st we will introduce the World Ticket, allowing customers to call home from numerous countries in Africa, the Americas and Asia at their respective domestic per minute and SMS charges, and browse the net using their domestic data allowance.’ – explained István Király, Director of the Enterprise Business Unit at Vodafone Hungary.

In line with changing market requirements, as of April 1st, Vodafone will give a facelift to its retail and business Red service packages.

‘The new feature here is the Red Medium EU package available with a 2GB data allowance, which adds to the existing retail Red offering in line with customers’ requirements’ – explained Alexandre Froment-Curtil, adding that the list of value added services packaged into the Red Extra EU package has been further expanded with Red Mozi and the Red EU roaming option, available in all packages free of charge.