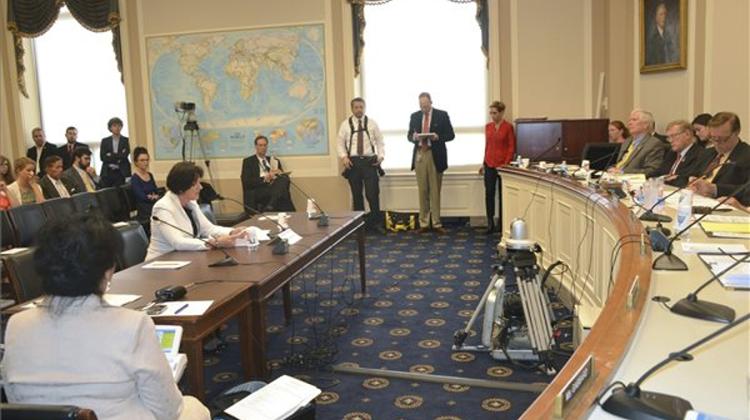 The United States and Hungary are allies that should openly clarify any disputes between each other, the participants in a hearing in the US Congress on the future of USHungary relations said in agreement on Tuesday evening, local time. Several contributors to the hearing held at the House Foreign Affairs Committee, Subcommittee on Europe, said bilateral relations had improved in the past six months.

Réka Szemerkényi, Hungary’s Ambassador to Washington, DC, said Hungary was open to a “debate between friends”.

The two countries represent shared interests and cooperation along strategic interests is important, she said citing military cooperation as an example.

Szemerkényi said Hungary has always supported the economic sanctions against Russia and described the government’s dedication to democracy as “rock solid”. Hoyt Yee, Deputy Assistant Secretary at the Bureau of European and Eurasian Affairs, praised the security policy cooperation between the two countries but expressed concern for the “erosion of democratic institutions in Hungary”.

He said the recent months have seen some positive signs in bilateral relations. “For example, leading up to the parliamentary vote on deploying troops as part of the anti-ISIL coalition, the government and governing party leaders in parliament engaged in substantive consultations with other parties and the relevant parliamentary committees. What we would like to see, what we need to see, are concrete and consistent steps to directly address and correct the issues I have raised here today.

We have already gone on record regarding corruption and civil society, so those would be good places to start,” he said. Christopher H Smith (Republican) said that Obama administration has returned to a form of criticism of Prime Minister Viktor Orbán’s domestic politics that already proved counterproductive and hypocritical in the past. The main reason for concern in Hungary is the radical nationalist Jobbik party, he said and praised Orbán’s efforts in the fight against human smuggling.

Gregory Meeks (Democrat) expressed concerns over the increase in Russian influence and the situation of the Roma. Tad Stahnke, Vice President of Human Rights First, said that since 2010, the government of Orbán and his ruling Fidesz party have “made sweeping changes to the Hungarian constitutional and legal systems, a number of which have eroded the rule of law, human rights protections, and checks and balances among democratic institutions”.

András Simonyi, Managing Director of the Center for Transatlantic Relations at the School of Advanced International Studies in Johns Hopkins University and a former Hungarian Ambassador to the US, said he was sorry to observe that Hungary was seen as a “defective democracy” and added that Orbán was not anti-Semitic but failed to do enough against anti- Semitism.

He said Hungary should not stand as close to Putin as it does and added that Putin’s reception in Budapest harmed Hungary’s solidarity as a NATO ally.