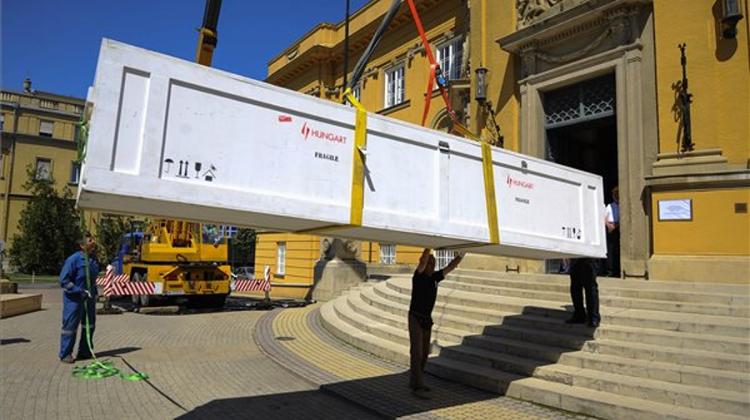 Hungarian painter Mihály Munkácsy’s famous Christ Trilogy was reunited in Debrecen, in eastern Hungary, after Christ before Pilate (1881) arrived in the city’s Déri Museum. Zoltán Balog, Hungary’s human resources minister, announced in February that the state had acquired the painting. Debrecen mayor László Papp said the painting’s return was a historic event, and noted that the trilogy consisting of Christ before Pilate, Golgotha (1884) and Ecce Homo! (1896) was first united in Debrecen in 1995.

Papp thanked the government, the National Bank of Hungary (NBH) and the city’s lawmakers for their efforts in keeping the trilogy together.

The state purchased Christ before Pilate with funding from the NBH’s programme to buy national art treasures, he said.

Fidesz MP and former Debrecen mayor Lajos Kósa said today’s event marked the end of a drawn-out process as Canadian law did not allow for the painting to be acquired any earlier.

The paintings will be open to the public for viewing from next week.