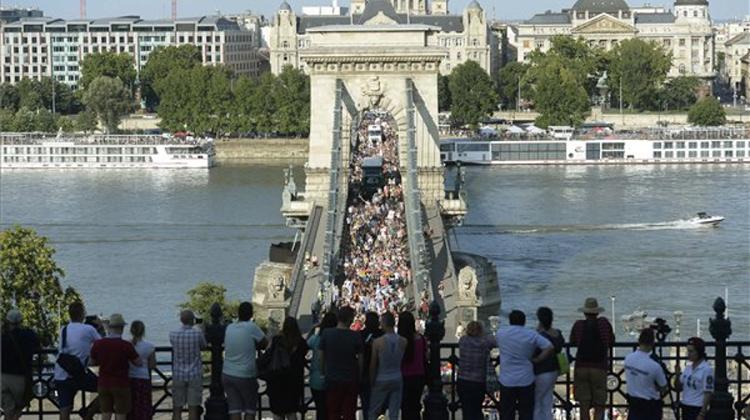 The Budapest Pride parade was free of disruptions by homophobic elements for the first time in many years, as a crowd of 10,000-15,000 took part in the march. The march was opened by conductor Iván Fischer, saying that they were celebrating the courage of those who declare their self-identity. Fischer warned homophobes in his message that they must be cautious, because homosexuality is not a question of upbringing but is congenital, meaning their own children or grandchildren might be gay or lesbian.

The crowd marched along Andrássy út and across the Chain Bridge to the Tabán district of Buda.

As has become customary, they marched between fences set up along either side of the parade route.

Former prime minister Ferenc Gyurcsány took part, as did several politicians from LMP, the Socialists and other left-wing parties.

A few counter demonstrators were present at Nagymezõ utca, where György Budaházy held up a banner saying “your difference is disgusting”.