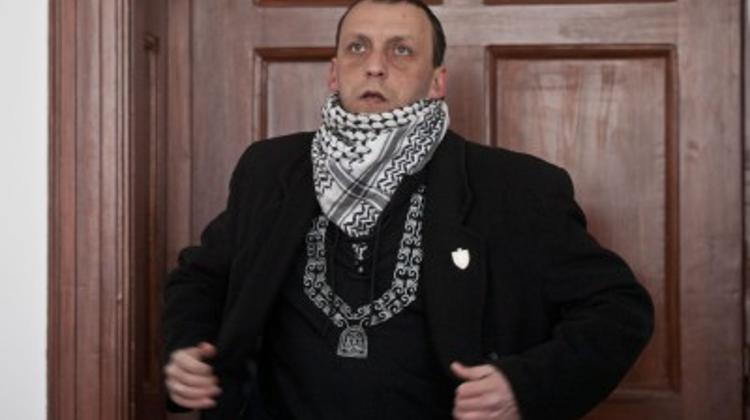 Róbert Kiss, head of the now defunct New Hungarian Guard, is suspected of “organising transportation for illegal immigrants to Budapest”, daily Napi Gazdaság reported. The paper associated Kiss and another person with a recent statement by counter-terrorism force TEK, which apprehended two people, unnamed in the report, in the act of negotiating a transfer with five Syrian immigrants in southern Hungary on Tuesday.

Kiss, who admitted his detention on Facebook, and the other person were taken to police headquarters in Szeged under suspicion of “promoting illegal stay” in the country.

At MTI’s enquiry, TEK said that they do not “examine the political leanings of detainees” and declined to disclose any “personal” information. The ruling Fidesz party demanded in response a “prompt answer” from radical nationalist Jobbik concerning their party members’ “dealings with immigrants”.

Fidesz also said that Jobbik’s “reluctance” to support Hungary’s building a fence along its southern borders is explained by its “benefitting from illegal immigration”, and suggested that the alleged illegal revenues ended up in Jobbik’s coffers.

The opposition Socialists commented on the reports by saying that Hungary’s “right-wing has no principles” other than “greed”.

Deputy chair Zoltán Gőgös said that while Fidesz group leader Antal Rogán has the “big business” of selling citizenship bonds to foreigners, Kiss will go for the “small profits”.

Fidesz and Jobbik both hate immigrants but love money “more than anything”, Gőgös insisted.

The Socialists call on Fidesz and Jobbik to drop their “hypocritical anti-refugee propaganda” and work to resolve the problem rather than “grab”, he said.