March Across Budapest Calling For Acceptance Of Sexual Minorities 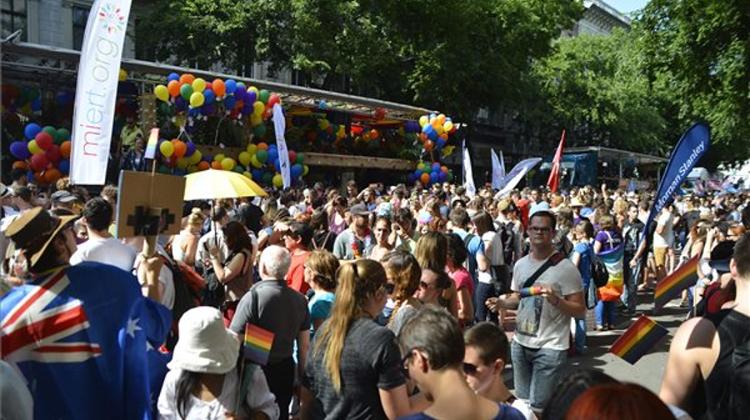 Thousands of people marched across central Budapest on Saturday afternoon to call for acceptance and identical rights for Hungary’s lesbian, gay, bisexual, transgender and queer (LGBTQ) community. The procession saw the crowd, comprised mostly of young people with rainbow flags, coloured balloons and billboards, march from opposite the Opera House on Adrássy út to the Tabán park area in Buda. Police and security personnel were present in large numbers to avoid any atrocity taking place.

Politicians from several left-wing and liberal opposition parties were spotted among the crowd and a small group of twenty to thirty counter-demonstrators also attempted to interfere with the event, to no avail.

This year, the procession’s opening speech was delivered by conductor Iván Fischer, leader of the Budapest Festival Orchestra, who insisted that spreading tolerance in society should begin in kindergarten and, addressing “homophobes”, pointed out that “homosexuality is not a question of ubringing but a genetical determination: for this reason, beware that you can never know whether your children or grandchildren are not going to be gay”.

The Budapest Pride march, organised in the capital for the twentieth time this year, ended without any major incident taking place. Organisers claim that a record 15 000 to 20 000 people took part in the march; according to the website 444.hu, the number of attendees was around 7000.