'Festival Of Folk Arts', Castle District, On Until 23 August 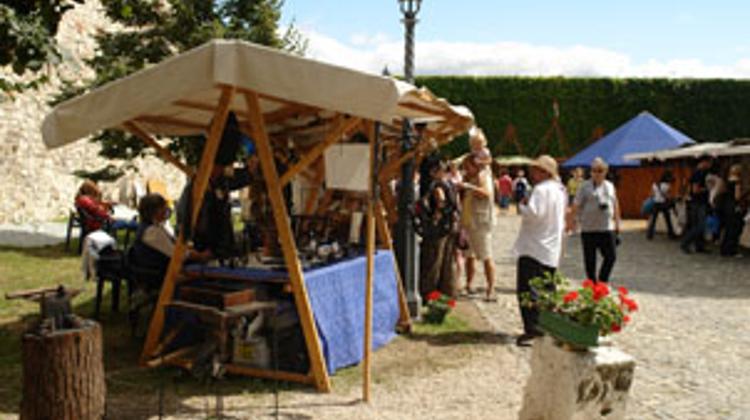 Press release: This year the cream of the 'Hungarian masters and craftsmen' scene will move in to the Buda Castle for the 29th time. At this Festival of Folk Arts 2015 between the 20th and 23rd of August, for four days the focus will be on the life of shepherds. The main goal of the festival has remained the same for nearly three decades: to present very rare but still active crafts that exist thanks to creative minds and hardworking people from the past. Talking about creativity, one of the most ancient crafts, the pastoral life is a great example; profession and lifestyle at the same time, since ancient times.

The unprecedented success of the Festival of Folk Arts roots from the fact, that craftsmen and customers, performing artists and viewers experience the convivial atmosphere, taste, smell and sight together.

This year visitors have the chance to gain an insight look into the mystic world of shepherds through visiting shepherd houses, trying their musical instruments and tasting their traditional food. Most shepherds are great craftsmen, so bone- and horn carving, felt cloak embroidery and leather making will be all present in the Castle.

Weary visitors can stop by the relaxing place called „Pásztorpihenő”, where not only shepherds but everyone can have some rest under the shady trees. There will be flutists, pipers, story tellers and showmen to entertain both children and adults as well.

A fair number of craftsmen will take part in this year’s festival once again: 2015’s special guest will be Spain, but visitors can get acquainted also with Algeria’s, Slovenia’s, Kyrgyzstan’s and Uzbekistan’s folk arts.

The Festival of Folk Arts organised by the Association of Hungarian Folk Artists will have some surprises, as this year new exhibition rooms will open up and amazing performers will build up the amazing theatrical repertoire. Just a few of them: the Kerekes Band, the Muzsikás band, Júlia Kubinyi, Félix Lajkó, Edina Mókus Szirtes, Balázs Szokolay Dongó, Szilvia Bognár and Mihály Dresch. True to our traditions, visitors will also be able to enjoy masterpieces of handicraft gastronomy.

Family tickets will be available as always; families arriving with 2, 3 or 4 children will be able to buy special packages. Tickets can be purchased in advance at the Ticketportal ticket offices, hence skipping long waiting in queues. The greatest enthusiasts can buy a ticket for the whole course (four days) of the festival, while children under the age of 14 and pensioners are entitled to obtain discounted tickets. Free admission for children under the age of 4.

In 2015 it’s a great pleasure for us that excellent craftsmen are coming from countries such as Algeria, Turkey, Kyrgyzstan, Uzbekistan so visitors can learn about theit creations.

Consecration Of The Bread, Budapest, 20 August