'Not In My Name', Demonstration Organised By Migration Aid Budapest, 2 September 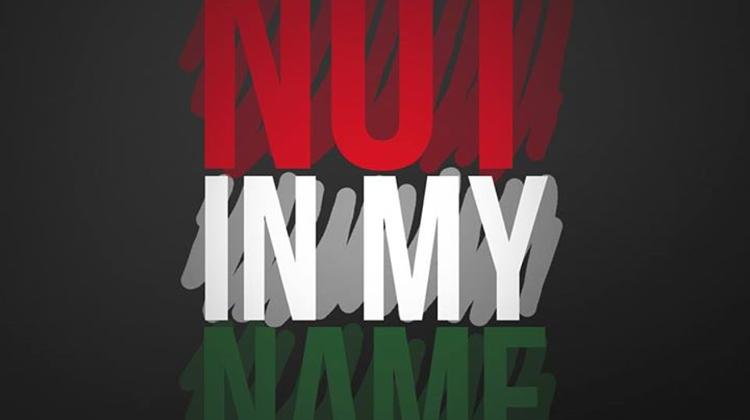 Press release: Migration Aid has been doing its job quietly, solving problems on the ground every day. Now it is time to speak up. <br><br>We are organizing a silent demonstration on Wednesday 2 September, starting at 7pm, in order to put pressure on the Government regarding the issues listed below. <br><br>The route of the demonstration: Nyugati Railway Station, Bajcsy-Zsilinszky út, Alkotmány utca, Széchényi tér. The estimated length of the demonstration is 2 hours. <br><br>We ask everyone who plans to join us to demonstrate peacefully, respecting the legal order. The aim is to promote humanity and solidarity as fundamental values.

Migration Aid calls upon all members of the Hungarian Government:

1. to immediately cease their fear mongering and instead engage in substantial measures to address the actual needs arising from the refugee situation in Hungary;
2. to immediately stop demonizing any groups of people;
3. to respect human rights and fundamental freedoms;
4. to commit to and play an active role in the European policy aimed at the integration of migrants

The rhetoric of the Hungarian Government has been demonizing certain groups of people in order to generate fear and thus justify security measures, such as the potential intervention of the army at the Hungarian-Serbian border.

This civil organization has been calling on the Government for the past ten weeks to take concrete measures in order to deal with refugees arriving to Hungary effectively and humanly.

Today’s crisis is the result of the Government’s manipulative measures and of their obvious lack of a strategic approach toward the problem.

Instead of engaging in a dialogue with organizations and volunteer groups involved in helping refuges, the Government plans to introduce inhuman laws that are seriously infringing on Hungarian and European regulations.

The state-owned media is broadcasting false and misleading reports, suggesting that large groups of refugees are rioting. Meanwhile the situation is under control by volunteers who, using civil donations (often their own), are providing food, water and logistics; all despite constantly changing, disorganized and inconsistent governmental regulations. Thus it is clear that the government has failed.

We are a politically neutral organization independent of political parties.

Extreme right and other counter-protesting groups may join the demonstration, so we ask everyone to stay calm.

The main Migration Aid donation center is at Arany János street 32, in district 5, Budapest, where donations are received every day 16.00 - 20.00.

We also welcome volunteers to help us sort and pack the received goods. Please note that we cannot accept food or drinks at this locations.

Food, water and other small items for immediate distribution at the train stations will be received at the Tranzit zones of the Budapest train stations.

The one at Keleti train station already functions at the address: Budapest, district 8, Baross square, Keleti underground area, Migration Aid storage room (near the metro exit to Rottenbiller street) and welcomes donations and volunteers between 11.00 and 22.00 every day.

The Migration Aid logo is on the doors, if it is closed, please knock on the door.

If you want to send us your donations by mail or order online, we can receive the shipment at the address of Ébredések Alapítvány for the name of Judit Harangozó at Kálvária tér 5, Budapest H-1089.

Please note that delivery should be only on weekdays between 10.00 and 16.00 (not weekend, neither holidays). Here we continue receiving canned food (beans, peas, corns and chickpeas) and rice.