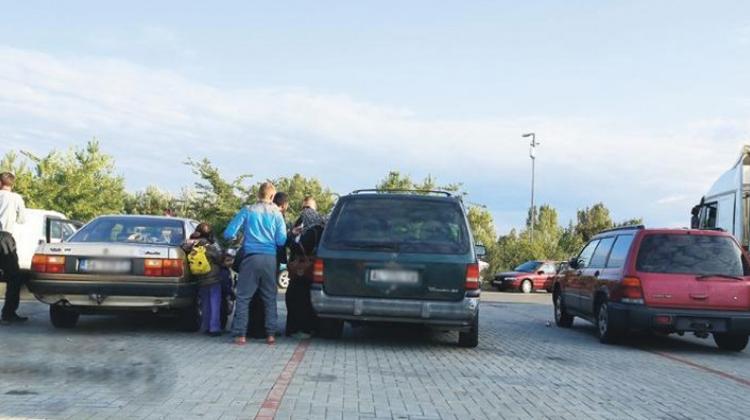 An undercover reporter for Blikk, Hungary’s largest-circulation tabloid newspaper, has revealed that people smugglers working on the Hungarian-Serbian border earn as much as an astonishing HUF 4 million (EUR 12 000) an hour with their illicit trade.

After joining human traffickers operating at Röszke, Hungary’s border station with Serbia, the reporter saw foreign criminals crowd immigrants into cars with false number plates and head off to the car park of a Budapest shopping centre, where migrants heading for Austria are handed over to other smugglers.

An undercover member of the paper’s staff applied to join the smuggling gang after gaining information from and informer that the traffickers had congregated at a car park next to a petrol station on the M5 motorway.

The man was told my a middle-aged foreigner speaking broken English that his task would be to take five people to the car park of a Budapest shopping centre, who would be prepared to pay EUR 1000 for the journey- The coordinator arranging the lift demanded EUR 200 for his services out of the total sum.

According to the report, six to eight run-down cars were in the car park, several of them without number plates. Registration shields were put on these only when they were about to leave, the undercover reporter was told. The vehicles are filled up to the brim, with children lying across the legs of those sitting in the back and others placed in the boot. As many as 60 migrants are stuffed in cars each hour, which may add up to as much as EUR 12 000, or almost HUF 4 million, each hour for the coordinator.

The gang’s boss also revealed that once the migrants have arrived to Budapest, they are taken on to Austria by other traffickers. “They can work undisturbed, knowing that the police haven’t the time to deal with them. What’s more, they may even be happy that the stowaways don’t remain on their necks”, the paper’s informer was quoted as saying.

Blikk has contacted police with its findings.