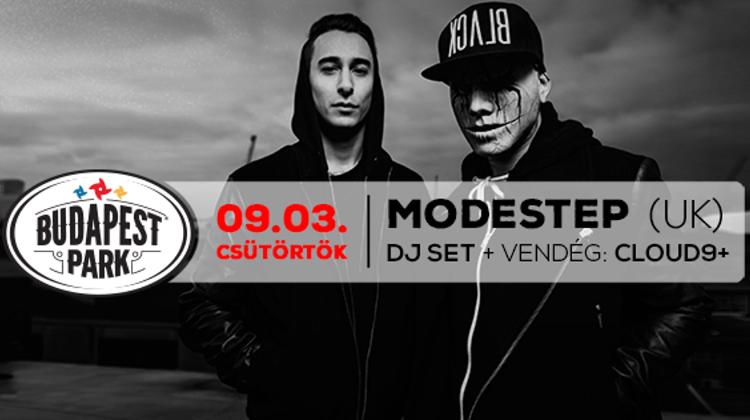 Modestep are a dubstep and rock band from London that formed in 2010. Their debut album Evolution Theory was released on 11 February 2013, including its five singles: "Feel Good", "Sunlight", "To the Stars", "Show Me a Sign" and "Another Day". Modestep's second album, London Road, was released on 25 May 2015.

Modestep have announced via their social pages that they are now in the studio working on new material. On 16 October 2013 they began work on the first track from their forthcoming second studio album. In December 2013, the band embarked on the Foot Locker tour in Europe, promoting popular shoe retail store Foot Locker.

On 14 January 2014, Tsang and Curtis both left the band to pursue their own careers in the music industry. Despite this the album is still scheduled and a world tour is expected with the two new members, Pat Lundy (ex-drummer of the iconic band Funeral For A Friend) and Kyle Deek (age 22) who joined in the spring of 2014.

Starting in mid-2014, Josh and Tony began their recurring appearances in TheSyndicateProject's YouTube series, "Mianite", a series of videos based around the game Minecraft.

The band released a new single titled "Snake" for free download in mid-January 2015. On 22 February 2015, they announced the title and track listing for their second studio album, to be released on 25 May 2015. London Road, released through Modestep's own record label Max Records, features collaborations with FuntCase, Teddy Killerz, Culprate, The Partysquad, Trolley Snatcha, Big Narstie, Flowdan, Frisco and more. On 14 May 2015, Modestep announced the release of one new song per day until the full album release.