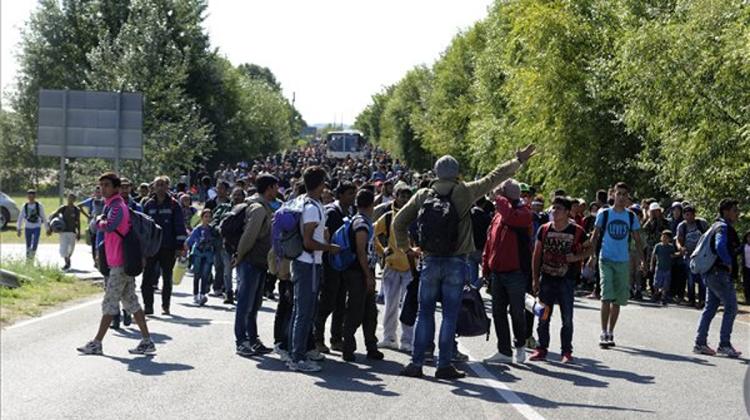 A group of 200-250 migrants left the registration point near Röszke, near the Serbian border, on Wednesday morning, MTI’s correspondent reported. The group, composed mostly of young men, pushed past the lines formed by police and set off in the direction of motorway M5 leading north. They were joined by families and women later on. No tear gas or batons were used by police. Police were seeking to stop the migrants at a point along the highway.

With the help of interpreters, they planned to ask migrants to board 20 buses with 1,000 places and transport them to reception centres in the early afternoon. In the meantime, several groups of migrants continued to cross into Hungary to reach Röszke by walking along rail tracks in the morning.

Several Hungarian and international aid organisations started distributing aid at Röszke on Tuesday but their operations so far have been haphazard, the correspondent said.

Several of the migrants took the food and baby sanitary supplies back to the Serbian side of the border to support their family members waiting there.