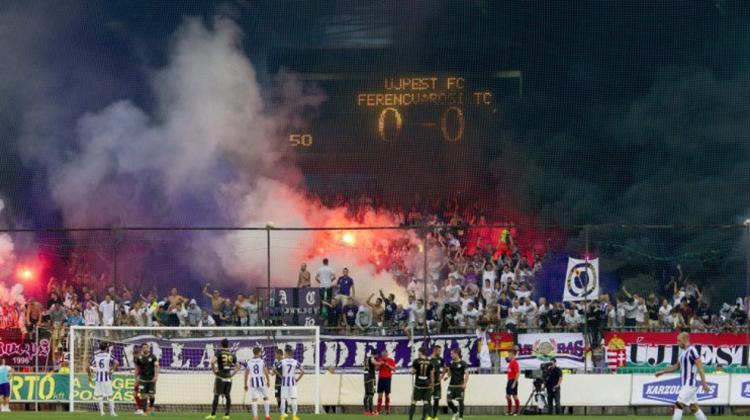 Saturday will be a special day for Hungarian football fans as Újpest host league-leader Ferencváros at the Ferenc Szusza Stadium in the 8th round of the Hungarian championship. The two arch-rivals clash is always about much more than three points, the players know that as much as the enthusiastic fans and of course, the Hungarian Police. Last September Újpest won over Ferencváros 2-1, but in April this year Fradi hit back with a 2-0 home victory.

In all competitions Ferencváros have won the derby 126 times so far, while Újpest have clinched victory 76 times. The teams also had to settle for a draw 64 times in the history of the derby, which was selected last year into the top 10 derbies of the world by a popular football blog copa90. Besides the 9th district Ferencváros have a large fan base in the countryside, while the fans of Újpest FC are mainly based in the fourth districts and other parts of the capital.

As for the chances, it is difficult to predict the result because in-form Ferencváros are at the top of the OTP Bank League with 100% performance so far, while Újpest FC enjoy the home advantage at Ferenc Szusza Stadium. However, hopefully the 217th game between the two sides will be special only for footballing reasons.