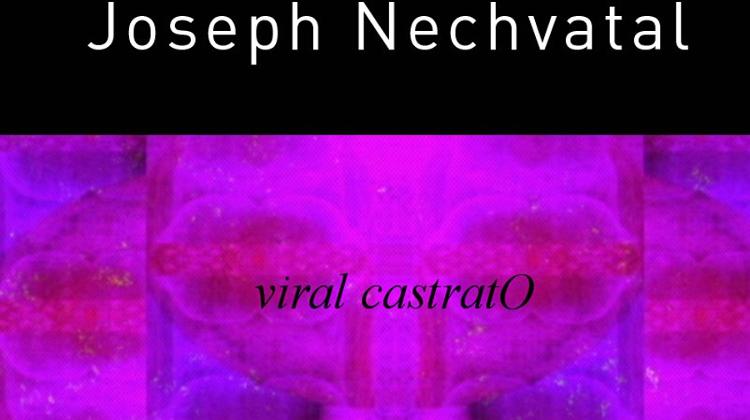 Budapest Art Factory (BAF) is proud to present the video installation of Joseph Nechvatal (USA), on Tuesday, September 8, 7.30-9.00 pm. Nechvatal arrived to Budapest as the guest artist of BAF within its residency program. The video project bears the title viral castratO and will be screened at the Project Space of BAF. The event will be introduced by Colleen Bell, Ambassador of the United States to Hungary. The show can be visited by appointment until October 4, 2015.

Joseph Nechvatal is a post-conceptual artist and art theoretician who employs digital means to produce paintings and animations.

The centrality of his oeuvre acknowledges computer generated viruses as a creative stratagem. To address the merging of the biological and virtual, he coined the term viractual with which he extensively experiments through his work. In his paintings, the computer virus surfaces as the active agent which manipulates and corrupts the information stored in the image (the host) decreasing its integrity.

On the other hand, the workings of these viral entities redefine the structure of the host, introducing novelties into the image system. Therefore their activity can be viewed as a constructive, creative process.

Joseph Nechvatal (b. 1951, Chicago) is based in Paris. His artworks are exhibited globally in galleries and museums on a regular basis, such as the MoMA, Whitney Museum of American Art to mention the most famous ones in New York.

Dr. Nechvatal earned his Ph.D. in the philosophy of art and new technology at The Centre for Advanced Inquiry in the Interactive Arts (CAiiA) University of Wales College, Newport, UK. His experience in teaching and publishing activities is also significant - his book Immersion Into Noise (2011) served as a base for the show Noise held at the Venice Biennale 55, he is the artistic director of the Minóy Punctum book/cd, and regularly contributes to the cultural platform Hyperallergic with his writings.

The artist residency program was launched in 2013. Within the framework of the program BAF invites internationally recognized artists for a month of creative experience. The residency culminates in a one-man show in which the artworks created during the program are in the focus.

The curator residency program was started in 2014. BAF invites internationally acknowledged curators to organize workshops, lectures, exhibitions or events in order to bring forward a special theme that is culturally relevant. The goal of the program is to explore and reflect upon the ideas, concepts introduced by the invited art professionals, to create a vivid arena for intellectual discourse.